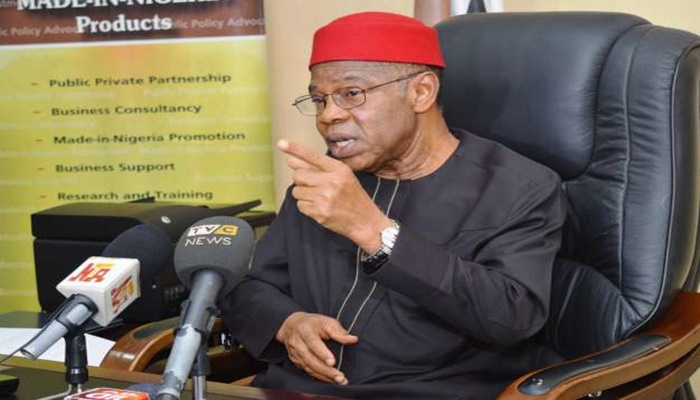 The Manufacturers Association of Nigeria, MAN, has expressed fears that there may be a slight depreciation of the value of Naira due to the recent pressure on the country’s external reserve due to the continuous dip in oil prices and the usual withdrawal of foreign capital as a result of anticipated political uncertainty.

In its review of the economic performance in 2018 as well as 2019 outlook, the Association observed that the proposed 2019 budget appears to be an extension of 2018 as no new grounds were explored.

The body says: “There is the need to properly align the assumptions of the budget with economic realities. No doubt, some of the provisions of the budget would be very important in supporting economic activities in the coming year. The huge emphasis on infrastructure development, especially power, road and rail is encouraging. However, as more development on the budget unfolds, it will be easier to understand why the budget fell short of 2018 figures,  notwithstanding the improvements in the global and Nigerian economy”.

It noted, however, that the budget at it stands, suggests that a lot of works still need to be done while hoping that it will be passed with dispatch, adding that in broad terms, the manufacturing sector could be in for a tough operating environment in 2019, seeing that the needed supporting policies and infrastructure have not been given sufficient priority.

“Technically, from the observed trends in the Nigerian budget cycle, the 2019 budget proposal might undergo late passage and the resultant negative effect on the overall economic ambience of the country might be colossal for an economy whose current growth rate is still fragile”, the Association stressed.

It said in the course of the year, development in the global scene such as increasing interest rates across large developed markets and tightening commodity markets would likely contract investment inflow to the country, evidenced by the capital reversals from emerging and frontier markets observed in the current year.

MAN also said that inflation rate might slightly increase due to electioneering spending resulting from heightened political activities and lack of proper policy coordination while more pressure may be mounted on registered companies by Government Agencies in a bid to vigorously drive for revenue to salvage the precarious status of the country’s debt service to revenue ratio.

It also, backed the federal government refusal to sign the Africa Free Trade Agreement saying that “government should ensure that Nigeria’s economic interests, especially the private sector, are not only projected but protected in arriving at the decision to sign or not to sign or when to sign. The Association also said  “As a necessary part of the readiness assessment and the resulting action plan, the government should put in place the necessary framework to protect and boost the capacity of the manufacturing sector to thrive in the continental free trade area,” it said.

MAN in the review gave some recommended measures government should take to achieve sustainable economic growth and budgetary objectives of the fiscal proposals for next year.

Among the recommendations is that government should revisit the assumptions of the 2019 budget, particularly crude oil production and price as well as ensure upward review of education and health allocations before appropriation. It said “the crude oil price has a $60 per barrel benchmark, while oil production has a 2.3 million barrel per day projection as it suggests that these assumptions should be revisited to reflect present economic realities.

It called for caution in the country’s rising debt profile in view of the associated services charges and future economic burden that it would exert on the nation. The Association called for cutting down on government recurrent expenditures to reduce fiscal deficit, borrowing and service charges. It also canvassed shedding the current borrowing size of the government in the domestic financial market so as not to completely crowd-out the private sector.

MAN also called for the commencement of the implementation of the harmonised taxes and levies and to allow the Joint Tax Board (JTB) monitor and enforce compliance by states and local governments. It said that the government should be more interested in result-oriented spending with frugality, be more transparent and accountable in order to assuage the psychology of taxpayers for improved tax compliance.

It acknowledged government’s efforts at carrying the private sector along on the issue of African Continental Free Trade Agreement (AfCFTA), and that the government should pay adequate and unwavering attention to the emerging issues on AfCFTA in 2019 and beyond.

MAN also called for the resuscitation of domestic refining of crude oil to ensure the operability of Independent Power Producers (IPP) for On/Off-grid power generation and the MicroGrid Initiative.

It also urged the government to “ re-classify the manufacturing sector into strategic gas users from the current commercial gas user’s classification.’’

The association urged the Federal Government to continue to entrench better foreign exchange rate management while allocation should tilt more to the industrial sector, including the SMEs. It also urged the government to fast-track the development of key selected mineral resources through backward integration, especially those with high inter-industry linkages. “Government should continue to support the resource-based industrialisation and backward integration in the country through appropriate incentives and funding support to investors,” it said.

MAN urged the government to expand the tax net to capture the non-tax-paying firms, particularly those operating in the informal sector and not increase the tax burden on the already tax compliant businesses. It acknowledged the government’s recognition of the need to develop a digital economy and the fourth industrial revolution in order to enhance productivity. The association, however, said the safety nets were not captured in the budget proposal nor in President Muhammadu Buhari’s budget speech. “Nigeria’s production base faces future risks due to its weak performance in developing productivity drivers such as innovation and human capital, and this calls for closer examination and immediate action,” it said. 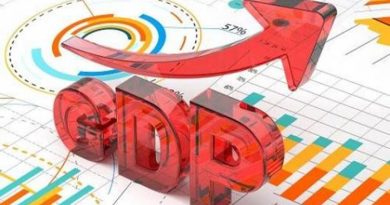 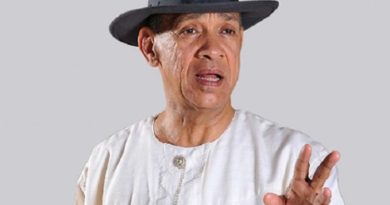