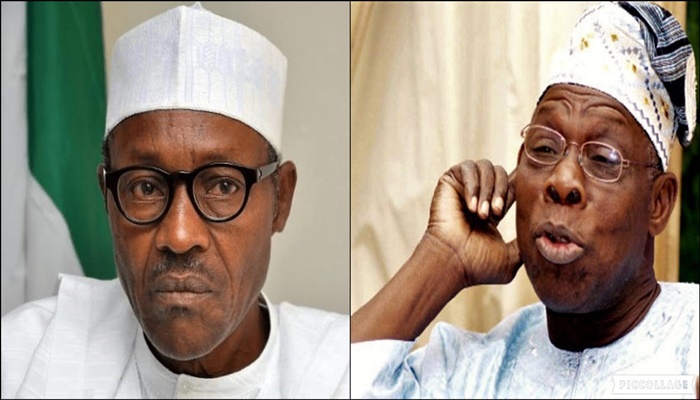 Should Buhari win, we as citizens must be prepared for two things. The first should be to stretch the great endurance for which we are known. The power centres within the Buhari presidency would assert themselves more ferociously, with Osinbanjo becoming more of a lame-duck VP.

The second option would be to prepare to be citizens by non-violent advocacies. We will have to learn in a hard way to put aside what makes us idiots (selfish) and tribesmen instead of citizens.

Belonging to a political party these days has gradually transformed into something akin to a religious conviction especially in the heat of the elections. If you have ever tried to argue with a Jehovah Witness, you would understand what I mean. There is no dialogue, there is only a take it or leave it, as no other perspective is condoned.

Some supporters have such extra-sensory perceptions which enable them show that ordinary actions and events obvious to every objective person is an illusion. And so even when Buhari came under public view during the Candidates’ Interviews and displayed embarrassing forgetfulness and poor comprehension that are ordinary to his age and exacerbated by his prolonged illness, Buharists would tell us that there is nothing absolutely wrong with the man; even when he has nearly slumped severally at campaign venues and made very serious blunders, it is explained away to make the objective observer question his own rationality.

As for Atiku even when those from his home state would not want to touch him with a ten foot pole because of a tendency to privatize and personalize all he sees, his supporters would make us believe it is all business acumen.

It was when I watched the Candidates’ interviews that I clearly understood what had been going on in government. I suddenly realized how honest Buhari was. For instance when he claimed he didn’t know the IGP didn’t stay back in Benue I first thought he was providing excuses only to realize that he truly didn’t know because those in the top echelons of government knew that at his age and with his health condition, his attention is deficit and so everyone became a powerful block, knowing that there would be no consequences for any of their actions.

I have also come to understand why there was so much chaos during the APC primaries and why there has been so much anti-party. In my state for instance, a sitting minister contested the governorship position with the party flag bearer to the very last minute, possibly spoiling the good chances of his party winning the gubernatorial elections.

Similarly the reason for the competition rather than collaboration among the security agencies became quite clear. It seemed that the only thing President Buhari has been fixated on was to win a second term, which his acolytes have gladly gone to any extent to achieve, knowing ultimately that they would remain centers of power.

Nigeria is a wonderful country. In any other society, Buhari would not stand for election anymore because of the state of his health. But in Nigeria everything is about winning elections. And who else has both the potential and actuality to win in APC than Buhari!

In the North there are hordes of people who would even vote for Buhari’s corpse. A point that should not be overlooked is that because of the winners-take-it-all nature of our politics, the ruling party would do all in its power to not be cast into oblivion after only four years. It will not happen. A PDP win will finish APC off as a national party. It will not be surprising therefore if APC use all the instruments of state in their possession to enhance victory.

I spoke with a young lady yesterday who told me she and her friends already felt there was no need to go out to vote as the elections would already have been won and lost. Such an attitude would enhance whatever strategies put in place to ensure an outright win by the ruling party.

I also know that the South West is hoping to have the presidency in four years’ time and so there would be many sympathizers for a Buhari second term apart from the shenanigans of Asiwaju Bola Tinubu. Tinubu’s desperation to be president is a compelling reason to support an ailing Buhari. A friend from the South West here in London observed that already the Yorubas are feeling that they already have the vice presidency and would not trade it for a Secretary of the Government of the Federation position with Atiku.

The South West sees an advantage in an ailing Buhari in two ways. First is the duration of four years. Unlike Atiku who may desire another four years if he wins, Buhari cannot have a third term and so there is more certainty that power will shift to the South and the West will take it again. Tinubu has already positioned himself to take the coveted seat. He would only need to ask Osinbanjo to step aside, as he Asiwaju is his political godfather.

It is left to be seen whether ordinary Nigerians would allow a Muslim president hand over to another Muslim president. Secondly the South West might vote for Buhari hoping for a repeat of the Y’Ardua option. Musa Y’Ardua died in office. It is not out of place to say that many Redeemed Christians who are supporting Buhari’s re-election are doing so in the hope of an Osinbanjo presidency either through an act of God or through a future ballot act. Indeed in spite of the momentum towards Atiku, if Buhari still wins the forth coming elections, it might just be that God by whichever way, wants Osinbanjo to be president.

Should Buhari win, we as citizens must be prepared for two things. The first should be to stretch the great endurance for which we are known. The power centres within the Buhari presidency would assert themselves more ferociously, with Osinbanjo becoming more of a lame-duck VP. There would be greater attempts to shrink the democratic space as more people will be framed up and rounded up not because they offended the state but because they offended powerful individuals. A fully capacitated Buhari would not allow such abuses because of his image as a born again democrat but faceless individuals within the government would exploit his limitations and expect recognitions and respect beyond even that which Mr Buhari would allow himself. Heavens will not fall. We would endure these the way we have been enduring other things until the four years are over or until an act of God sets us free from faceless powerful individuals. The second option would be to prepare to be citizens by non-violent advocacies. We will have to learn in a hard way to put aside what makes us idiots (selfish) and tribesmen instead of citizens. Using the 20/80 Pareto principle, 20% of well meaning educated Nigerians will have to be the driving force of this citizen-forging, where a key point would be to empower the vice president to be the de facto deputy instead of people we did not vote for. A Buhari presidency would have served Nigeria better if faceless people did not hijack it and prevented Osinbanjo who is legitimately entitled to step in to fill the gaps created by his principal:

A much greater fear of Nigerians in the South is the temerity of killer herdsmen with a Buhari win. We will have to bring together the best possible solutions advanced and work with our almost useless legislators to insist on their implementation, although at that point it will be from a position of weakness as he would no longer be requiring our votes.

***Evaristus Bassey, a Nigerian Catholic Priest, is on sabbatical in the United Kingdom 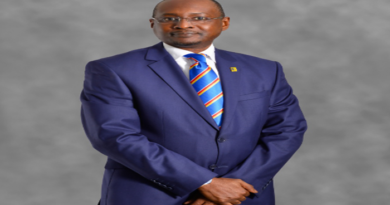 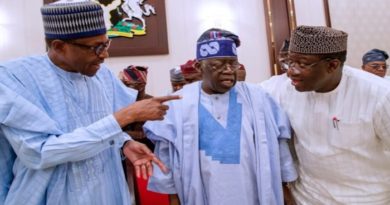 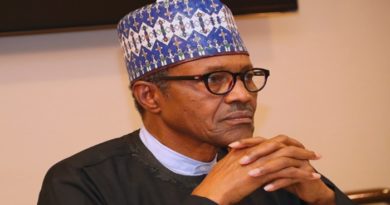