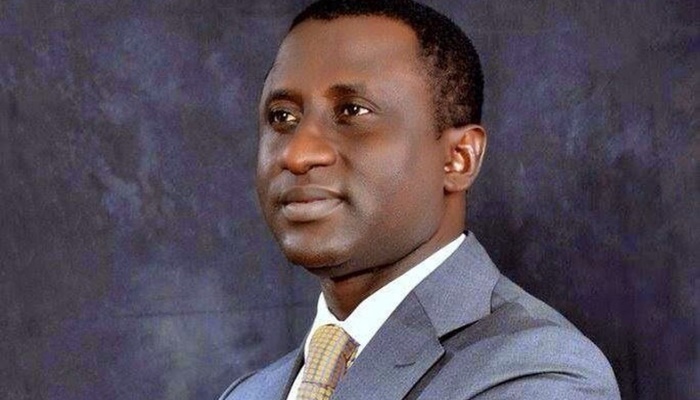 Anti-corruption lawyers under the aegis of Coalition of Public Interest Lawyers and Advocates (COPA) on Tuesday asked the Economic and Financial Crimes Commission (EFCC) to reopen the case file against the Minister of State for Mines and Steel Development, Uchechukwu Ogah in the interest of justice.

According to them, the allegations against him were grave and negatively impacts the image projected by the regime of President Muhammadu Buhari.

“It is simply in bad taste and poor optics to keep on turning the blind eye to individuals with a plethora of criminal financial allegations hanging over them simply because they have identified with the government in power”, the lawyers advised.

The lawyers who bared their minds in a letter by their solicitor, Pelumi Olajengbesi, to the acting chairman of EFCC, Ibrahim Magu, given to journalists in Abuja, said justice must be done since the Minister was not covered by immunity.

The letter reads, “We act as solicitors to Coalition of Public Interest Lawyers & Advocates (COPA), a pro-transparency, good governance and human rights advocacy group taking the charge in the pursuit of sanity in our economic and political space in the interest of equity and justice.

“We have course to write to you pertaining to a case that has lingered unattended with your agency especially as it relates to a matter of gross betrayal of trust and deliberate fraud. One Mrs. Bridget Adeosun, Managing Director of Mut-Hass Petroleum Limited wrote and submitted a petition to your agency wherein she alleged with attached proof that Mr. Uchechukwu Sampson Ogah, who currently serves as a Nigerian Minister, forged her signature on a document to validate a non-existent Memorandum of Understanding between his company Masters Energy Oil & Gas and Mut-Hass Petroleum Limited sometime in 2011.

“It is on public record that the allegation of fraud and forgery against Mr. Ogah was thereupon taken to the Magistrate Court on a Criminal Charge by the Nigeria Police Force ostensibly to prosecute the accusation but was later withdrawn at the instance of the then Inspector-General of Police to allow the Police Force gather much more evidence. Since then, the matter has long since been shelved while the perpetuated fraud remains unaddressed.

“It was therefore a relief when the EFCC, acting on Mrs. Adeosun’s petition to it against Mr. Ogah on the same material facts of fraud and forgery, picked up the accused right after the case was withdrawn from court by the Nigeria Police Force and invited him over for a series of interrogation. One would have hoped that the EFCC, better equipped and experienced in dealing with such financial fraud, would be on top of their game and be adept in reaching a resolution wherein justice would have been done in the matter.

“The alacrity and intensity with which it commenced its investigation into the allegation of fraud against Minister of State, Mr. Uchechukwu Sampson Ogah, fizzled out, however, in a manner reminiscent of the Police’s abrupt and ill-intentioned withdrawal of same from adjudication. The impression on the public and the direct victims of this fraud is that your agency, like the Police Force, may be protecting the interest of a man of clear influence and wealth at the cost of justice.

“There is gain stating that the anti-corruption fight of the Buhari administration relies heavily on the capacity, objectivity and efficiency of the EFCC. In many ways, the successes in the fight against corruption is traced back to the firm approach of this agency to corruption matters in a manner that is hoped to dispel fear of selective prosecution. By refusing to act on a petition that has languished unattended with your agency, the impression is made that there are indeed sacred cows in the corruption fight of this administration and this agency, famed for its professionalism, may not be as unbiased as it wants the public to believe.

“There is indeed urgent need for expedited action on the petition against Mr. Uchechukwu Sampson Ogah as his ministerial office does not grant him immunity from investigation and subsequent prosecution. The allegations against him are grave and negatively impacts the image projected by the President Buhari government. It is simply in bad taste and poor optics to keep on turning the blind eye to individuals with a plethora of criminal financial allegations hanging over them simply because they have identified with the government in power. The EFCC must rise above the cronyism and partisanship that has crippled a great many other institutions of state and show itself as a shining light to sister-agencies and outfits in the anti-corruption fight in the country.

“Accordingly, we do so make the following demands:

*That the case file against Mr. Uchechukwu Sampson Ogah be revisited and revised for immediate action.

*That the EFCC invite Mr. Uchechukwu Sampson Ogah and Mrs. Bridget Adeosun- the petitioner, for proper probe and prosecution.

*That the EFCC must shun the implicit duress of Mr. Uchechukwu Sampson Ogah’s political connections and office, and should act in the interest of equity, fairness and justice in this matter forthwith.

*That in keeping with its dissemination of information to the public, the conclusions of the EFCC’s investigations must be made known to the public for the avoidance of suspicion that the matter may be muddled up again.

“The objective of this petition remains that justice is done and seen to be done in the petition against Mr. Uchechukwu Sampson Ogah, even as it bears saying that a man with such a taint holding high office besmirches the image of our nation and impugn the reputation of Mr. President as a man of integrity surrounded by like-minded cabinet members.

“We hereby express hope that the EFCC will rise to address this oversight in its responsibility to the petitioner, the public and the law that enables and directs its functions as an anti-graft agency.

In the interim, please accept our best professional regards.” 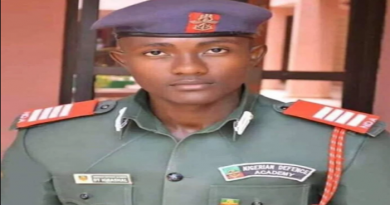 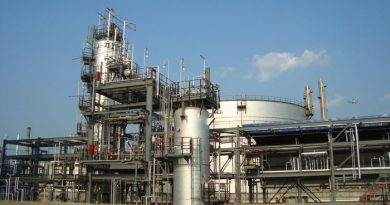 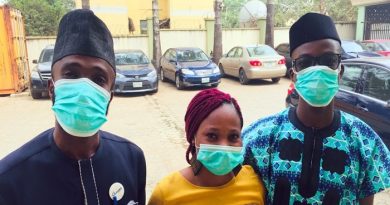