Yusuf told the News Agency of Nigeria (NAN) on Wednesday in Lagos that pursuing a policy of monetary easing would have been inappropriate, given the current circumstances.

“In response to the negative economic impact of the Coronavirus outbreak, CBN rolled out a robust basket of stimulus packages to cushion effects of the pandemic on businesses and the economy.

“It would have been inappropriate to expect another round of stimulus proposal from the recent MPC meeting soon after a comprehensive stimulus package for businesses were announced by CBN only few weeks ago.

“The health sector component of the fund is particularly laudable, because the present challenge is essentially a public health crisis.

“It would have been nice to extend the support to the public health management systems at the Federal and State levels in a more holistic manner as this is the paramount challenge at this time,” he said.

On the option of tightening, the director-general said the key policy levers of the apex bank were already in tightening mode.

“The CRR, Liquidity Ration and the MPR, are already high.

“There is also the impact of the 65 per cent Loan to Deposit Ratio (LDR) on the investment options open to the banks.

“Therefore, an intensification of the tightening stance would have been an overkill for the banking system,” Yusuf said.

He explained that as in most economic challenges, monetary intervention could only fix a fraction of the problem as there existed fundamental macroeconomic issues affecting investors confidence at this time.

According to him, these were issues around the plunge in crude oil price, exchange rate depreciation, depletion of foreign reserves, inflationary pressures, stock market slump, regulatory issues and policy concerns.

“All of which are critical drivers of investment decisions and investors’ confidence.

“Unless the external sector normalises, there is very little domestic policy responses can do to fix these disruptions, especially in the light of the vulnerabilities of the Nigerian economy,” Yusuf said.

He stressed that times like these required that all policy instruments must be brought to bear on the economy to prevent further slide.

“Fiscal policy measures could bring some interventions to the table-tariff policy needs to be adjusted for intermediate products and raw materials of targeted sector of the economy.

“Similar steps could be taken in respect of taxation- tax waivers, concessions or tax cuts for target sectors.

“The economy cannot rely only on monetary policy actions to restore the economy back on a trajectory of robust and inclusive growth,” he said.

Olawale explained that the crisis should have offered the MPC an opportunity to eliminate distortionary market policy and reduce the MPR to the same rate as its intervention funds, at least to nine per cent.

He called for synergy between fiscal and monetary policies to drive the economy, which according to him, was already at the bleeding stage.

“We are concerned that at the backdrop of the COVID-19, the public health emergency that has quickly transformed to pose a serious economic threat to our economy.

“We expected that the committee should have addressed the issue of rates more drastically.

“Given the recent pronouncement made by the Governor of CBN on interest rates on some of its intervention schemes, it is obvious that a high interest rate is a risk to the economy at this time.

“We believe that the MPR should not be a weak link in the overall responses,” he said. (NAN) 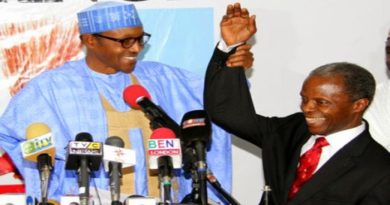 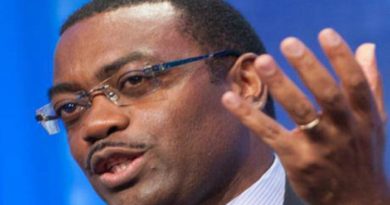 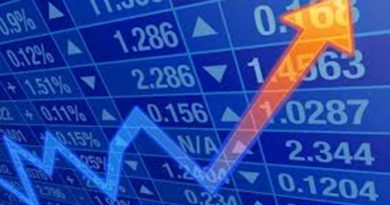