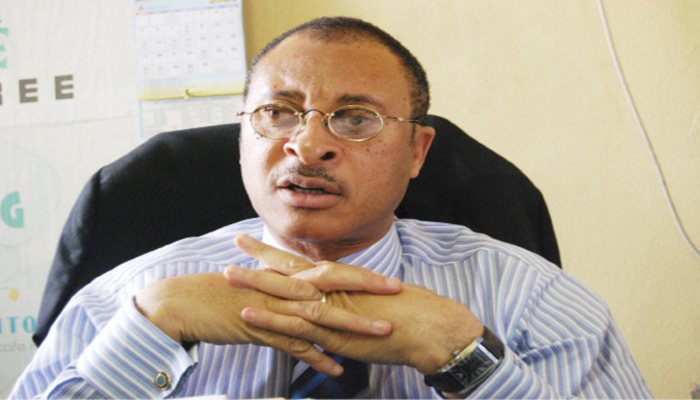 Nigeria’s leading political economist, Prof Pat Utomi, has recommended how Nigeria can effectively manage grave socio-economic realities that will follow the lookdown, asking governments at all levels to make crude oil irrelevant in the budgeting process.

Utomi, founder of the Centre for Value in Leadership (CVL), also warned against borrowing from the People Republic of China (PRC) to build railway infrastructure, but recommended a private equity initiative a Nigerian lawyer and investment banker, Dr. Adebayo Ogunlesi executed to transform railway in Rome.

In an exclusive interview with THISDAY recently, Utomi made some recommendations to manage Nigeria’s post-lockdown economy amid scepticism that political leaders were not decisive enough to bring the country back to the path of progress as it was in the decade before and after the independence.

If national budgets are planned and managed year in year out, Utomi said Nigeria could record significant growth needed to redirect the country and its economy on the path of sustainable development and progress.

He faulted the national policy that placed crude at the centre of the country’s budgeting, a practice he described as regressive, unrealistic and unworkable, as evidenced by the lacklustre performance of the Nigerian economy

He said crude oil “should become irrelevant to our budgeting. We should begin to diversify in reality our economy and focus on production and other things that help us generate more revenues and create wealth.”

Contrary to the position of the governments at different levels, he opposed blaming COVID-19 for the prostrate state of Nigerian economy, pointing out that the national economy was already “on the verge of free fall before the COVID-19 came. We should not deceive ourselves.”

Before the pandemic broke out, the political economist claimed that the 2020 budget had become unrealistic, first due to what he described as unprecedented crash in the prices of oil at the international market, a rate far below what the federal government used to project the budget.

He added that the economy was “in a triple shock challenge from loss of confidence that resulted in the Forbes write up that Nigeria was a money losing machine for investors; imploding oil prices and signals from Wuhan.

“We should begin to focus on how we leverage on our assets to bring in more investments into our country. The tragedy of development is the failure to develop representational system. It then gets worse for countries like Nigeria that earn revenues from oil, trying to invest in infrastructure, oil pipeline and roads.

“These projects have already begun to decay. We cannot manage them well. If it is possible to sell part of the infrastructure, lease them or whatever, there are people around the world, who have capital, who will bring additional capital to improve them, invest in the economy and create new growth.”

He, thus, warned against borrowing from China for any reason, though recommended a private equity initiative, which according to him, Ogunlesi, currently Chairman and Managing Partner, Global Infrastructure Partners (GIP), deployed to transform railway sector in Rome, the capital city of Italy.

He then shared his experience when he visited Rome in October 2019, described how he boarded train from the Italian capital city to Milan, Torino and other places effortlessly.

At the train station in Rome, Utomi said he overheard somebody say a Nigerian owned that train company whose fast train ticket he bought, noting that the person, who said it, did not even know him to be a Nigerian.

The political economist said Ogunlesi “owned the train company. He brought capital into Italy and it is working for Italy. Why can Nigeria not sell this railway system to him? Yet, they went to borrow money from China.

“Our politicians can’t think through these things either because they do not have the understanding of issues or they are so focused on what they can get or what their friends can scam out of the opportunity.”

However, Utomi noted that the development of the country “is not influencing how the political leaders are thinking. We have real problems. We have seen India attracting foreign direct investments (FDIs). But in Nigeria, politicians only think of what their friends can get out of it.

“We have spent billions and billions of dollars trying to build power sector. We have not been able to improve the power we generate or distribute after two decades of pouring money into the sector. We have people in this country, who can invest in this sector and create new growth.”

With centralised federal structure, Utomi argued that Nigerian economy would not perform optimally, thereby comparing the management of the national economy in the 1960s and its performance under the decentralised governance structure with the current situation.

To revamp Nigeria’s domestic economy, the political economist appealed to the federal government “to apply the principle of subsidiarity in decentralising how our government is run and the engagement of the sub-national governments in wealth creation partnership.”

He reflected on the economic structure of Nigeria in the late 1950s and before the military took over in the 1960s, noting that Nigeria’s was then an economy that was run from sub-national level contrary to the present order, whereby the economy was managed from the national level.

“In the case of Eastern Nigeria, it is the same thing. If you read Pius Okigbo in Nigerian Public Accounts, you would see that there was huge surplus in the accounts of these corporations in 1957. I do not want to continue the discussion into what happened between 1957 and 1960, especially how the focus moved to urbanisation and industrialisation.

“The rush of the new governments to Industrialise Nigeria, noble as it was led to neglect of the rural areas and reinvestment in agriculture. We paid for it when oil came. Politics, military rule in the face of easy money from oil, and state capture intentions led to centralisation of authority and the economy.

“As a result, we saw the death of groundnut pyramids. We saw the demise of cocoa. We saw the complete wipe out of palm produce business. We are now importing palm oil from Malaysia. We can go on and on about this story,” Utomi reflected on Nigeria’s glorious days in disappointment.

If governments fail to adopt programmes of actions to manage the economy in the post-lockdown era, the political economist warned that the country might witness hard times and indeed see chaos in the system.

Utomi predicted that the state governments “will attend the meeting of Federation Allocation Account Committee (FAAC). What they will share will not probably be enough to pay salaries and not to talk of anything else.”

Unlike in the late 1970s when President Olusegun Obasanjo tasked citizens to cut their coats according to their clothes, the political economist observed that the countrymen were no longer disciplined enough to do what Obasanjo did when oil prices suddenly declined.

In no distant future, he said: ”We will see chaos in the system. In the 1970S, Obasanjo told us to cut our coat according to our cloth and not according to our size.” But what will we see in July? The powerful people will keep their security votes and all these kinds of things. Then, they will see something.

Besides, he warned that the system would see the rage of the poor, saying the masses will march to their houses and Nigeria “will see revolution. Nigeria will see something similar to Arab spring because there are so many hungry people and angry people. I was in Cairo when Arab Spring broke.

“I went for a programme at African Export–Import Bank. I clearly saw the rage of the angry poor when the Arab Spring broke out. I have clear memory of that. With this current trend, Nigeria is not too far from the Arab Spring.” 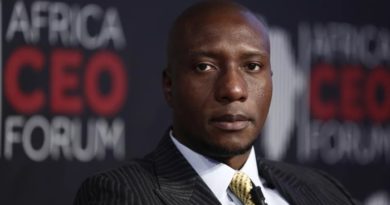 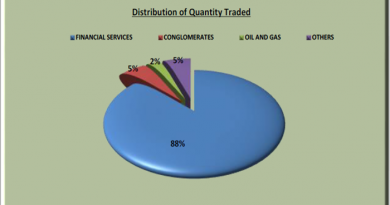 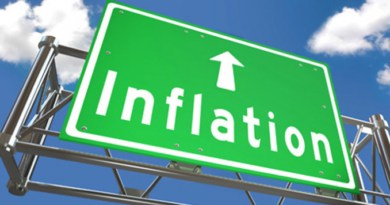