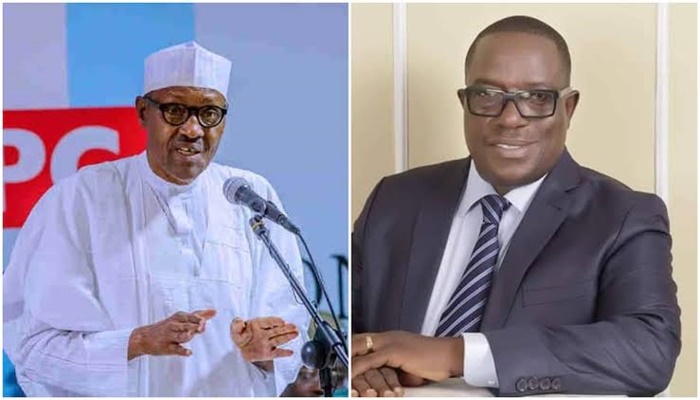 By Chubi Eze
In a surprise move, Nigeria’s president Muhammadu Buhari has announced that he will attend a meeting to be convened tomorrow by Mr Victor Giadom, one of the two men laying claim to the leadership of the All Progressives’ Congress (APC), which controls the presidency and both houses of parliament.
In a series of Tweets, the president’s spokesperson Garba Shehu said that: “The president has received very convincing advice on the position of the law as far as the situation in the party is concerned and has determined that the law is on the side of Victor Giadom as Acting National Chairman. And because he will always act in accordance with the law, the President will be attending the virtual meeting called for tomorrow afternoon.
“We urge the media to stop promoting manufactured controversies and to not give any further room for mischievous interpretations of the law on this matter.
“In addition to the president, the Giadom meeting will hopefully, be attended by our governors and leaders of the National Assembly.”
A former Commissioner of Works in the Southern oil-rich state of Rivers, Giadom is a political disciple of the Minister of Transport Chibuike Amaechi, himself a former two-time governor famed for being a vocal maverick.
There has been a growing rift between the factions within the All Progressives Congress (APC) since a Court of Appeal announced the suspension of the APC’s erstwhile chairman Mr. Adams Oshiomhole, a combative ex-unionist and former governor of Edo, who has presided over a tumultuous state of affairs at the party.
Oshiomhole, perceived by critics to be a pugilistic politician who shuns consensus-building, has been locked in a fierce battle with a group of governors, who oppose his style and are perceived to be hell bent on neutralizing him.
Oshiomhole’s opponents say that he has repeatedly flouted the party’s guidelines by refusing to convene meetings of the party’s National Executive Committee, paying bloated salaries to members of the National Working Committee, and appointing unelected officers into the party’s National Working Committee. Party insiders say that the president’s surprising show of support for Giadom means that Oshiomhole is almost certainly going to be expelled from the party’s National Working Committee.
After Oshiomhole’s shock ouster by a Federal Appeal court a few weeks ago, the party’s National Working Committee NWC endorsed the appointment of a former Oyo governor Mr Abiola Ajimobi to act in his stead. This was resisted by Giadom who relied on an earlier court judgement to declare himself the party’s acting National Chairman.

Ajimobi is gravely ill and while most observers saw the NWC’s coronation of Ajimobi as an attempt by Oshiomhole and his allies to run the party by proxy, Giadom’s aggressive push to take over the party jolted the party’s hierarchy who tried, albeit unsuccessfully to expel him from the party through court judgements in his home state of Rivers.
The impasse effectively led to a schism, and a proxy battle between the chairman of the Nigerian Governors’ Forum Kayode Fayemi, Transport Minister Chibuike Rotimi Amaechi, Aviation Minister Hadi Sirika, Kaduna’s governor Nasir el-Rufai and the Tinubu/Oshiomhole faction of the party. A scrum of governors, upset at the manner in which one of their colleagues the governor of Edo state Godwin Obaseki was humiliated out of the party by his predecessor Oshiomhole, his estranged predecessor, also joined the anti-Oshiomhole camp.
Since Ajimobi was critically ill, after reportedly contracting the COVID-19 coronavirus the party’s executive committee settled on Hilliard Eta, a little known Cross River politician, who is believed to owe fealty to Oshiomhole. However, Giadom refused to budge, using the courts and the law enforcement authorities to continue in his disputed role as the APC’s acting National Chairman. And while acknowledging that this was a temporary position, Giadom has repeatedly said that he will only accept decisions taken by the party’s larger decision-making organ, the National Executive Committee. Only one member of the party’s NWC, Salisu Mohammed, the APC’s National Vice-Chairman (North-East), himself an avowed critic of Oshiomhole, had supported Giadom.
Buhari’s public declaration of support for Giadom has suddenly changed the APC’s internal dynamics. While the president is perceived as not being a natural politician, no party member would want to publicly challenge the president or oppose his choice of party chief.
Eze Chukwuemeka Eze, an APC leader in Rivers and a supporter of Giadom praised the president for taking a position on the contentious leadership tussle. He said that the APC’s NEC should confirm Giadom as the National Chairman while it works towards organising a new executive for the party. He asked party members to sheathe their swords and coalesce around Giadom to strengthen the party.
Giadom’s ascendancy also poses a problem to the APC’s governorship candidate in Edo state Mr Osagie Ize-Iyamu. Mr Iyamu is backed by Oshiomhole who had ensured that his former enemy-turned protégé had a clear path to the party’s nomination in Edo. Ize-Iyamu now finds himself in a bit of a quandary since Giadom had publicly rejected the party primaries that led to Ize-Iyamu’s coronation, raising questions about their legality.
Analysts believe that Ekiti’s Governor Dr Kayode Fayemi, the cerebral head of the Nigerian Governorship Forum and Mallam Nasir el-Rufai, one of the president’s most vociferous supporters are the arrowheads of a larger group of powerful governors that counts Jigawa’s Badaru, Kebbi’s Bagudu and Ondo’s Akeredolu as members. The group, which includes other less-visible members, is said to be wary of Oshiomhole’s combative style and his unwavering loyalty to the party’s “National Leader” Ahmed Bola Tinubu, a former governor of Lagos, who is one of Nigeria’s most polarizing svengalis.
Tinubu, one of the most powerful men in Nigerian politics, is widely believed to be eyeing the presidency in 2023 and a formidable coalition of politicians and intellectuals has been trying to stop him. The word in political circles is that powerful Northern dynasts do not want a Tinubu presidency.
President Buhari’s decision to back the faction of the party opposed to former Chairman Adams Oshiomhole and his benefactor Ahmed Bola Tinubu, has effectively altered the balance of power within the APC and suggests that a clearer picture is emerging in the battle for the presidency in 2023. 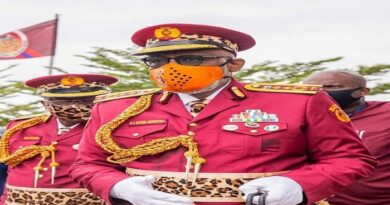 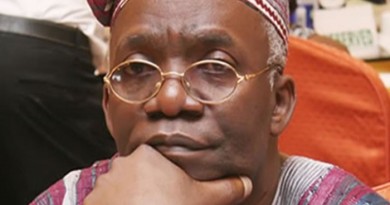 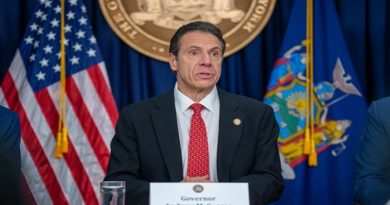