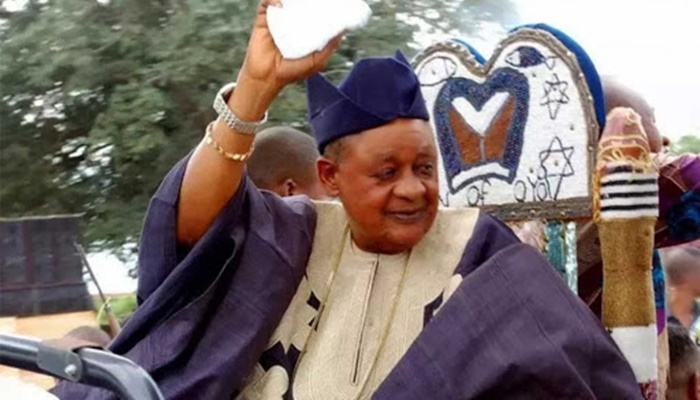 Our perception about life, particularly as related to destiny and how we die, differs.
Probably, this can better be captured by the philosophy of a former Governor of Osun State, Prince Olagunsoye Oyinlola, a retired soldier who rose to the rank of a Brigadier General.
A fatalist to the core, I remember him (Oyinlola) telling some of us within his earshot one day that, “The one wey go die for river, motor no go kill am and the person wey go die for road, water no go kill am”.
In essence, like many in the fatalism school of thought, the Okuku-born Prince, believes that what will be, will be, que sera sera as sung and popularised by Doris Day in the 50’s.
So, whether one travels by road, sea or air, there are hazards often associated with each of these. It’s only God that saves; but when death comes calling nothing can stop it.
To this end, being alone in my own world, an unforgettable flight experience which I had some years ago in company of Prince Oyinlola, the Alaaafin of Oyo, HRM Oba Lamidi Adeyemi and other passengers, flashed through my mind.
The incident saw me having the privilege of flying with Prince Oyinlola, the Alaaafin and some notable individuals from Abuja to Ibadan.
The carrier was a not-too-big aeroplane in the fleet of the Overland Airways. As a result, its passengers were few. Oba Lamidi who was regaled in his usual traditional outfit with abeti aja (traditional cap) to match, bubbled with life and exchanged pleasantries with Oyinlola and few others before take-off.
With Overland, Abuja to Ibadan is normally a one hour thirty minutes (or thereabouts) flight.
On the fateful day which was some time around 2009, we had a smooth ride until we got to Ibadan and were ready to land. By that time, however, the 1:30-hour flight ended up to be 3hours!
When we got to Ibadan, our plane could not land, and for about 1:15 hours, our plane was hovering in the air with virtually everybody aboard becoming apprehensive.
The shout of Jesus! Allahu Akbar!! and the like, became suffocating inside the plane as those words hung and became refrain on the lips of passengers who had become jelly and fidgety. Their fears were real and no pretentious because nobody knew what could happen next.
I was seated at the back with a friend, Dr. Forum Bankole which gave us a better view of the seeming tragi-comedy playing out. Two of us seemed to be enjoying the drama as we giggled endlessly as we made jest of the “olowos”( the rich) and the “alagbaras”(the powerful), who were afraid to die when death seemingly made a cameo appearance that day.
Dr. Bankole and I were two seats away from Oba Lamidi, who by this time, appeared to be swanning songs.While Prince Oyinlola remained calm and unruffled while the experience lasted, that could not be said of the monarch who had one of his daughters and a dongari (palace guard) on board with him.
Restless and perspiring, Iku Baba Yeye, as fondly referred to, removed his Abeti Aja and wondered aloud why he had to take his daughter on the trip.Soliloquising, he said in Yoruba, Iwo Olohun kin ni mo mu iwo omo yii waa se ni irin-ajo yii.(referring to his daughter; “Why did I even bring you along on this trip?)
At a point, Alaaafin’s guard came under severe vituperation when his phone (the monarch’s) rang in the midst of the dissonance. “Se ori e buru ni? Won ni ki o pa kin ni yii lataaro (Are you mad? You’ve been told to switch off this thing).
Intermittently, the Kabiyesi would call the Air Hostesses to find out from the Pilot whether we could go back to Abuja or Lagos or whether the aircraft still had fuel.
The technicality of the Pilot’s explanation was not comprehensible to me as he gave the scientific dimension of the thickness of the darkness in Lagos and Abuja as the reasons we could not go there.
One of the options open to us, according to the Pilot as he struggled to navigate to a safety berth, was for us to go to a neighboring country. He never took to that, either; and so the hovering continued!
Aside Alaaafin, as the confusion raged, others whose visages had become something else, equally muttered incomprehensibly.
Of a truth, while it lasted, I enjoyed the whole thing like a movie as and Dr. Bankole watched the drama being acted out by virtually everyone on board with admiration.
At a point, when everybody on board seemed to be quiescent, one of the hostesses walked up to us and demanded to know why we were not afraid, like others. We told her since there was nothing we could, to salvage the situation, worries would amount to nothing. She then told us the experience was not irredeemable and that the plane would land safely.
According to her, it was thunder that could wreak havoc as most flight didn’t (probably then) have thunder arrestor.
Truly, not quite long afterwards, particularly having hovered over Ibadan Airport for 1:15 hours, the pilot announced to the already depressed passengers, “Your Excellency, our respected royal father, distinguished ladies and gentlemen, I’m glad to announce that we shall be landing in another 7minutes. Thank you”.
As the plane finally touched down, you needed to be around to see how passengers burst into paeans of hymns/songs to thank God for landing safely. Omo, come see how young and old dey pick race when the door was finally opened (don’t mind my street slant)
Oju ti ri to.
Baba God, every day of my life, you are yea and Amen.
Mo moore!!! 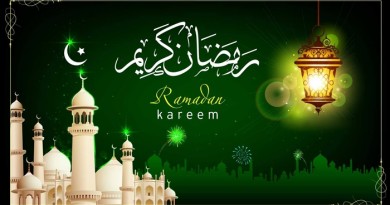 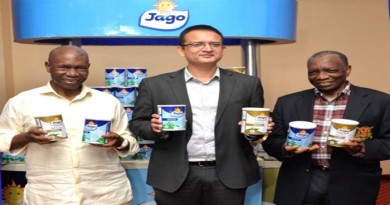 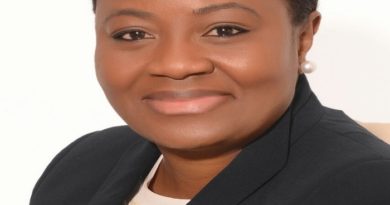