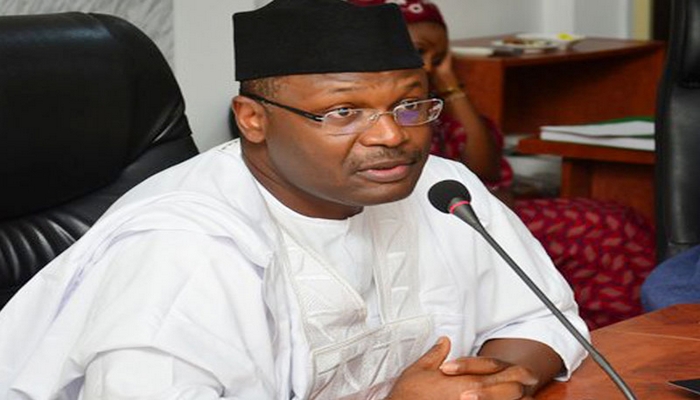 NEWS TOP STORY
September 25, 2020 editor
Yakubu, at the commission meeting with local government EOs in the state on Friday in Akure, also reiterated the commission’s confident in the capacity of the EOs to deliver free and fair election in Ondo state.
“We had a good election in Edo state. Our determination is that Ondo should be better. Are you committed to ensuring that Ondo is going to be better?
“This meeting is supposed to review a number of issues, we rarely need to discuss a number of issues.
“For us to deliver a successful election that is better than the previous elections that we have conducted, and that is our determination, there are a number of issues that we need to take into consideration.
“If you don’t prepare hard, then you are preparing to fail, we must prepare very hard.
“Top on the list is personal integrity. This is very important. Elections are ultimately conducted by human beings and what we bring is our integrity to the process. Never ever, ever think of compromising for whatever reason.
“We must work contentiously and we must determine to allow the people of Ondo state to determine who becomes their governor, irrespective of what.
“That is our responsibility under the Constitution. That is what we should all be committed. Personal integrity is very important,” he said.
Yakubu, who urged the EOs to work as a team, said that from previous experience, some EOs thought they could do everything alone.
According to him, such attitude will result to lapses on election day and a situation where there will be nobody to hold responsible.
The chairman also warned the EOs not to short change or replace ad hoc staff that would be used for the Oct. 10 election.
He said:“The training allowance, all the money that we are supposed to give them for feeding right at RAC level and ultimately, the payment for their jobs must be paid.
“Recall that this time around, each one of them is going to get a letter of appointment. That letter of appointment contains the responsibilities of the ad hoc staff, the remunerations, the mode of payment, as well as the procedure for lodging complaints.
“That is why the letter is in duplicate, the headquarters will retain a copy of the letter at state headquarters, because the admin secretary is going to sign the letters.
“Then there is a form, which is on a third page, which prescribes or provides for procedure for lodging complaints. And at the bottom of that page given each ad hoc staff is a dedicated WhatsApp number.
“If any one of them has not been paid, they will file their complaints not only to the Resident Electoral Commission (REC), but direct to the headquarters.
“So, I will see who has not paid who. Fortunately, since we started this, we have considerably reduced or almost eliminated the incidence of ad hoc staff not being paid. Don’t change ad hoc staff at will, as EOs at local government.
“If you do so you will not have letter of appointment and then we will see how that ad hoc staff is paid. If that ad hoc staff’s paid matters will arise. So  don’t allow matters to arise.”
Yakubu said the interactive session, was to discuss eight issues including non-sensitive materials, management of polling units,  recruitment of ad hoc staff and their training and well as logistics.
“This afternoon, we will visit Akure South local government, which in terms of the number of registered voters and Permanent Voter Cards (PVCs) collected, is actually the largest in Ondo state.
“We are going there to see the level of preparations practically, in addition to all the reports we have received from the headquarters or from the state headquarters, he said.
Yakubu said it was also important to get the issues of ad hoc staff recruitment, training and posting right, to avoid running around on the eve of election day.
He also stressed the need for activation of Registration Area Centres  (RACs) before the deployment of ad hoc staff and materials, as well as proper management of polling units, especially in the contest of COVI-19.
“You must get the reverse logistics right. We are deploying quite a number of equipment. In addition to the smart card readers were deploying the Z-pads.
“We have to recover them.  We are deploying pilot boxes, the voting cubicles because we must recover them.
“We are also deploying the handheld thermometers to be used at polling unit level, ward collation and local government collation areas at state level.
“We must recover those items, because we’re going through the same items in subsequent elections.
“Last night, a truck arrived from Benin with the z-pads, as well as the handheld thermometers.
“So, if Benin has been able to recover, we believe that Ondo should be able to recover 100 per cent, so that we don’t have to keep spending money on items that we can use from one election after another,” he said. (NAN) 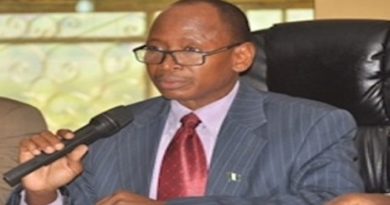 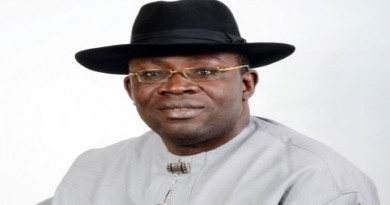 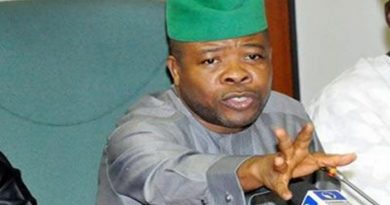