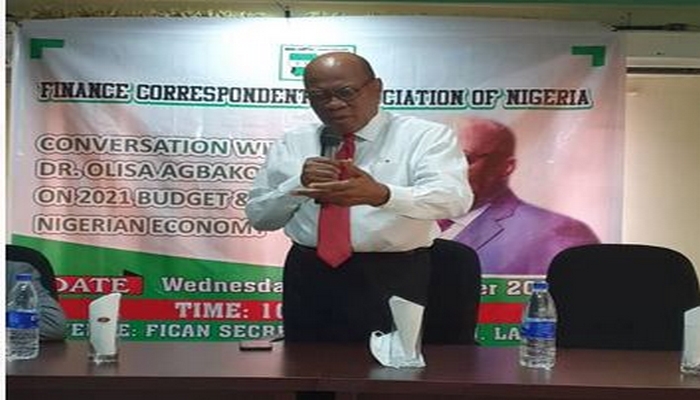 “I like to see agencies such as the Nigerian National Petroleum Corporation (NNPC) and the Nigerian Maritime and Safety Agency (NIMASA) come together with the Minister of Finance, to review how far we can harness our resources, ‘’ he said.

He said the harnessing of potentials and resources could be done under the auspices of the Office of the Vice President which, according to him, has shown “intellectual diligence’’.

Agbakoba, founding Partner of Olisa Agbakoba and Associates, a maritime law firm, gave the  advice on Saturday in Lagos at a forum organised by the Finance Correspondents Association of Nigeria (FICAN).

The News Agency of Nigeria (NAN) reports that the FICAN discussion centred on the 2021 federal budget and the Nigerian economy.

He said Nigeria could take a cue from former US President Barack Obama, who in 2009 came up with the American Recovery Act under which the American economy was revived.

According to Agbakoba, it is possible for Nigeria to do something similar but noted that it would require “a lot of critical thinking’’.

He said after putting the necessary structures in place the government would need to involve the private sector.

He called on the government not to involve itself in the running of enterprises,  stating that the country needed a new economic planning and ideology.

The senior lawyer expressed his dissatisfaction with the current economic sustainability plan of the government, pointing  that the operational aspect of the plan ought not be in the hands of the government but the private sector.

On the 2021 federal budget, he noted that it was full of procurement by public institutions and said such was hardly seen in a US federal budget.

Acknowledging the challenges facing the Nigerian economy Agbakoba advised that for the economy to work, the government should limit itself to policy formulation and to play the role of a regulator while the private sector run the enterprises.

“When you look at the 2021 budget, you find out that there is no way Nigeria is going to grow at three per cent next year.

“No country comes from minus eight per cent to three per cent, from the negative or minus to a positive of three,’’ he said.

Agbakoba said that Nigeria did not need to have a big budget as its economic resources in the states could determine each state’s capacity and not the money that it has.

The SAN urged the Federal Government to look within and sell off “unwanted assets’’ to the private sector.

He listed some of the assets that should be sold off to include the airports, refineries and the Federal Secretariat, pointing out that the government could collect taxes from their operators.

Agbakoba expressed his support for the closure of the nation’s borders and urged the government to also look into the trade subsector which, according to him,  is responsible for 14 per cent of the GDP.

He said: “The border closure is right because it is giving us money and the Nigerian Customs Service is making more money with the closure,” he said.

He also advised the government to come up with a proper policy and investment at the ports and allow the private sector to run them.

He said if properly harnessed Nigeria could garner N7 trillion yearly from the maritime sector. (NAN) 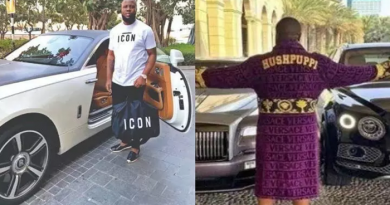 Ray Hushpuppi has a case to answer with EFCC 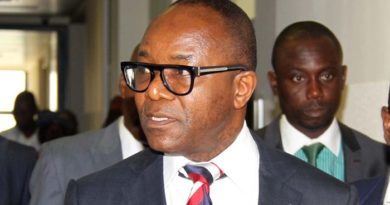 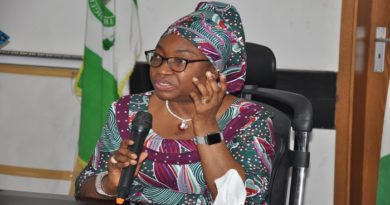