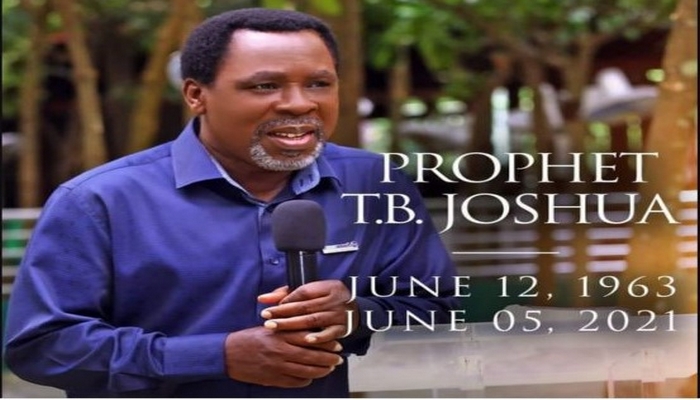 “Time for everything – time to come here for prayer and time to return home after the service.’’ were some of Prophet Temitope Balogun Joshua’s last memorable words, when he spoke during the Emmanuel TV Partners Meeting on Saturday.

Joshua, Nigerian pastor, televangelist, philanthropist, leader and founder of The Synagogue, Church of All Nations (SCOAN) passed on Saturday, June 5, 2021 at the age of 57.

The actual cause of death is yet to be made known.

Popularly known as Prophet TB Joshua, he was one of the most controversial and “enigmatic’’ Nigerian pastors of our time, especially with his preaching style and records of miracle performances.

Joshua, who was born on June 12, 1963 in Ondo State, Nigeria, reportedly stayed 15 months in his mother’s womb before he was given birth to.

He had only one year of secondary education before he left to work in a poultry farm.

While in school, he was known as ‘small pastor’ because of his love for the scriptures and gift to predict things that would happen in his community; he was also said to have been the leader of ‘Scripture Union’ while in school.

He had taught children at evening classes and done some menial jobs before he had a revelation to set up a ministry while on a 40-day fast. 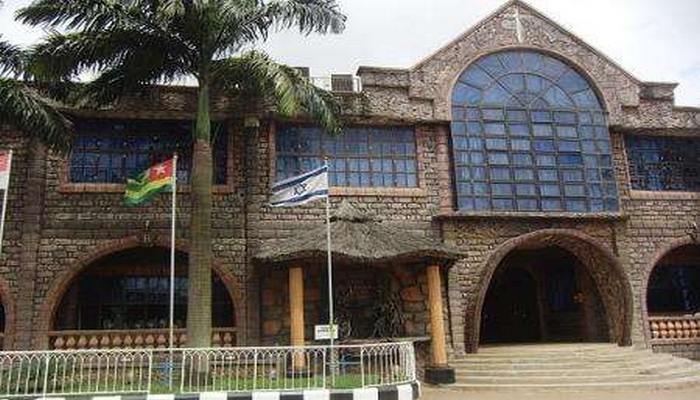 In 1987, TB Joshua founded the Synagogue, Church of All Nations under the bridge that links Ejigbo and Egbe in Lagos State with just few members.

The church later grew to have large number of members within and outside Nigeria, Africa and Latin America.

He later established the Emmanuel TV television station from Lagos which has wide viewership especially as it is on cable TV.

TB Joshua was a known philanthropist and noted for helping the needy and sponsoring persons.

‘My People FC’, a football club he started in 2009, was part of his efforts to help the youth and two members of the team, Sani Emmanuel and Ogenyi Onazi, played for Nigeria Golden Eaglets in the 2009 FIFA U-17 World Cup.

Also, three players of the club were sponsored abroad to play professional football for Sweden.

The WBO International Light Middleweight boxing champion King, Davidson Emenogu, had said that Joshua financially supported him throughout his career .

A man of many clouts, Forbes in 2011 wrote that Joshua was the third-richest pastor in Nigeria with estimated net worth of between $10 million and $15 million.

He was so popular that the Wikipedia documented his social media presence to be massive with no fewer than 3.5 million fans on Facebook.

“He was the world’s most viewed Christian ministry on the platform before it was suspended.

“He was described as the “Oprah of Evangelism” and “YouTube’s most popular Pastor”. 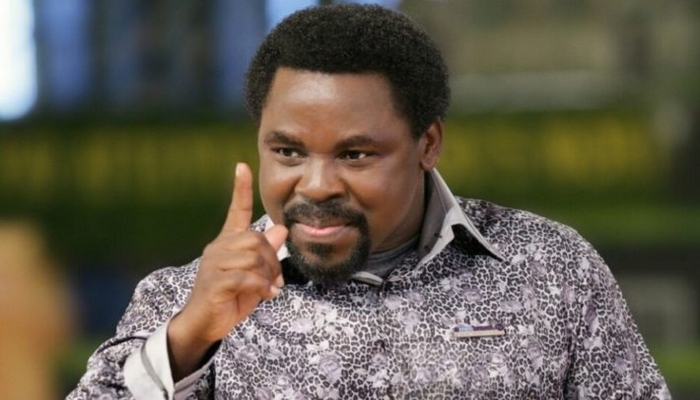 Like many influential men, TB Joshua was not without controversies.

Speculations continued to trail the circumstances that led to the collapse, with the former Nigerian Minister of Aviation, Femi Fani-Kayode, alleging that “Nigeria’s intelligence agencies ‘blew up’ the building’’.

Also, his relationship with other clerics was not smooth and it was publicly criticised.

The public also questioned the miracles that occurred in his church.

Yet, TB Joshua, was unperturbed and in a 2006 book, “The Mirror”, he said: “Whatever I am today is a product of the conviction that victory through Christ Jesus is victory indeed” ; “The rest is history.”

Nevertheless, Joshua made impact in education, healthcare, peace and reconciliation, among others.

A Forbes blogger said that it was estimated that Joshua spent $20 million on “education, healthcare and rehabilitation programmes for former Niger Delta militants”

He was receptive to repentant persons who cut across all walks of life including rehabilitation of repentant militants, armed robbers and sex workers who came to the church for ‘deliverance’.

The SCOAN has a scholarship programme that sponsors many students in the primary, secondary and even tertiary institutions.

In 2012, it was widely reported that Joshua sponsored a Nigerian student doing a PhD in the U.K.

His humanitarian relief involvement was outstanding as Joshua supported efforts in the 2010 Haiti earthquake, and April 2016 in Ecuador, where he gave humanitarian aid worth over $500,000.

In Ecuador, he funded the rebuilding of a rural school destroyed during the earthquake.

Joshua had sent a team of medical personnel and humanitarian workers to the affected area in Haiti and also instituted a field hospital called ‘Clinique Emmanuel’.

He also supported several groups of Nigerian returnees to settle back into the country, following their attempt to travel illegally to Europe.

One of his most significant reconciliatory efforts was his involvement in the meeting of the family of the late President of Liberia, Samuel Doe, with the former warlord Yormie Johnson, who was responsible for Doe’s death.

The Nigerian government in recognition of his humanitarian activities, gave him a National Honour, Officer of the Order of the Federal Republic (OFR) in 2008.

The United Nations also gave him a letter of appreciation.

The Arewa Youth Forum, predominantly Muslim organisation, recognised him as Ambassador of Peace and ZAKA, Israel’s primary rescue and recovery voluntary service, gave him an ‘award of excellence’ .

Until his death on Saturday after one of his evening services, Joshua was married to Evelyn Joshua and had three children.

Mr Kunle Olowoopejo, the Executive Chairman, Egbe-Idimu Local Council Development Area (LCDA) in Lagos, described TB Joshua as a complete definition of what humanity should be.

According to him, he was generous and no matter your colour, ethnic, tribe, language or religion you may belong to, his hands of fellowship has no bound and that’s why both young and old keep echoing “Alaanu Mekunnu lo.”

According to the Synagogue church, Prophet TB Joshua left legacy of service and sacrifice to God’s Kingdom of which will continue to live on for generations yet unborn. (NAN) 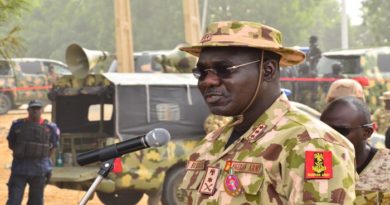 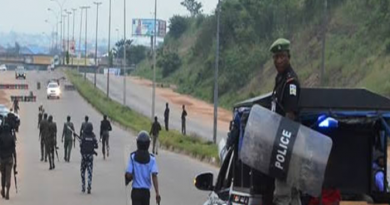 Security beefed up around Court of Appeal, Abuja