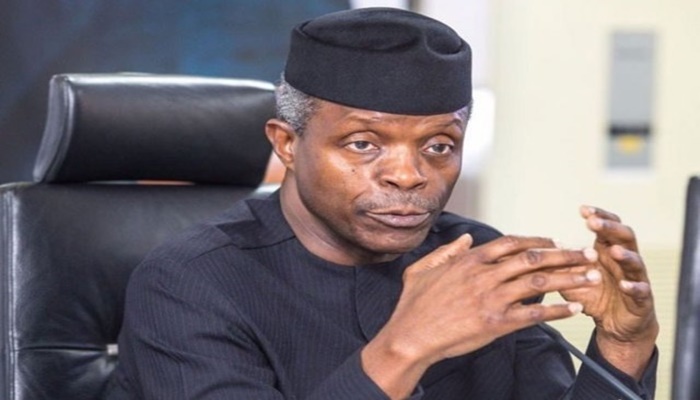 “I think what is important is to see how we can remove those barriers as much as possible so there is a level playing field. What I have experienced serving in the position as Vice President in the past few years and having the opportunity to bring on board young people, some elderly people in relative terms, is that the quality of the contributions is not necessarily defined by age. And that is the honest truth, and I have so many brilliant people working with me and they are not intimidated, (I must tell you) by anybody older than them.” – VP Osinbajo
REMARKS BY HIS EXCELLENCY, PROF. YEMI OSINBAJO, SAN, GCON, THE VICE PRESIDENT OF THE FEDERAL REPUBLIC OF NIGERIA AT THE LAUNCH OF SENATOR BABAFEMI OJUDU AND ALEX JAMES’ BOOK TITLED: ‘POLITICS THAT WORKS – WHAT SCHOOLS AND SEMINARS WON’T TEACH YOU ABOUT WINNING ELECTIONS’, AT THE NAF CONFERENCE CENTRE, ABUJA ON 4TH OCTOBER, 2021

Senator Femi Ojudu and Mr. Alex James, thank you very much for your kind invitation to be a part of the launch of this very important work – Politics That Works – What Schools And Seminars Won’t Teach You About Winning Elections. This is a book co-authored by the two gentlemen.

But I think that two important promises are contained in this whole effort.

As a matter of fact, when I came into politics, I really thought I knew all that could possibly happen in politics, having been in one way or the other involved. I can assure you that the past few years has taught me that there is so much that you cannot even be taught in any book, no matter what the book may say because there are too many wonderful things that happen. Of course, those of us who are participants will tell you that there are too many wonderful things that can happen.

The second is that this is an inter-generational effort. One between a sixty something year old Senator Femi Ojudu and a twenty something, (I believe) year old Alex Adekunle James. Both are trying to teach important lessons here, that the best way that this could work is where there is an inter-generational handshake, the young and the old, as opposed to any attempt to defile the tenets of liberal politics, by saying that it is one group or the other.

The type of politics that most of us will prefer is liberal politics, free enterprise, democracy, individual freedom. It means that there can be no discrimination either on the basis of age, gender or political persuasion. So, that is why we negotiate our way through these things. And I think the point was made by some of the speakers. (VP spoke after a panel discussion.)

So, in liberal democracy, it is about negotiation. There will be negotiation on the basis of gender; women will say we don’t have representation, young people will say we don’t have representation. And then we start talking about quotas or affirmative action or some solution or the other. The simple reason is that the very basis of liberal democracy is that everybody is invited to the table. How you get there (and I like some of what has been said), whether you bring your chair there yourself or get there through the window, however you get there, get there.

I am very strongly of the view that everyone must be invited to this party. The important thing is that we have, as well as possible, a level playing field. The problem also with liberal politics is money. Who has the resources? Because resources will, to a large extent, determine who can play the game.

For example, somebody who has a major company, who has the resources will probably be able to get to the game faster than a 60-year-old man with all his experience but no money. So, there are barriers.

I think what is important is to see how we can remove those barriers as much as possible so there is a level playing field. What I have experienced serving in the position as Vice President in the past few years and having the opportunity to bring on board young people, some elderly people in relative terms, is that the quality of the contributions is not necessarily defined by age. And that is the honest truth, and I have so many brilliant (young) people working with me and they are not intimidated, (I must tell you) by anybody older than them.

So, the youngest person working with me was just 22 years old, she just came out from the University and was very brilliant, and very assertive, she knew her onions. And Ahmad who is 37 years old is Special Adviser on Infrastructure, I have a Special Adviser on Political Affairs who is 60 years old, or the Economic Adviser, Ambassador Dipeolu who is over 60.

There are so many young people, Balkisu Saidu who is SSA Legal, she has an interesting history – she was married-off at the age of 13, had her first child at the age of 14. Through all of that, her mum made sure she had her education. And she is a professor today, ( Associate Prof. of law) and she is still under the age of 40, with her three grown children.

I think we must focus our minds, a little more on what people bring to the table. I don’t engage on the basis of age. I met Rauf ( Aregbesola, who was also in attendance) for the first time when we were in the transition committee of Lagos State in 1999, he was barely 42 years old and I was just about the same age). He was campaign manager for Bola Ahmed Tinubu at that time, he was 42 but he ran all the campaign at the time, but he has been at it since then. I had been adviser to the Attorney General of the Federation when I was 31, so I had some experience coming into this.

So, there is a place for preparation, a place for getting ready. There is no point saying that I have become Minister of Finance at the age of 25 because I am a smart kid. It takes more than that. If you are going to get in, in the Nigerian system, in this system of ours, to walk through all that is required, I think you need some experience, a bit of it, you don’t have to be very old. But it helps if you have served in one capacity or the other as a Special Adviser or Special Assistant, all of those positions are very central positions. I don’t agree that a Special Assistant or a P.A is not a somewhat serious position.

Every Special Assistant or Special Adviser that I have, take very important decisions, and they take those very important decisions on their own. And the truth is that, the way governments are set up, everybody there can play a very serious role, it depends on how very serious you are. My experience is that there is such a variety of talents, some are old, some are young, male or female.

For me, my central concern is how do we get the very best people to work in the interest of this country, how do we get the best people to project the image of the country. I must say that politics, especially partisan politics has not necessarily delivered on a lot of the promises that we expect from partisan politics. What you find is that many times you are disappointed by even just the results, and what happens, the whole process, those who are able to get the chance to go forward. Sometimes you are just disappointed, but that is the nature of democracy.

I was speaking the other day to someone about our police, and I was saying that a country (the UK) dissolved its police force three times – just dissolved and started all over again before they got it right. So, a country evolves, people evolve, ideas evolve, so we mustn’t be afraid of even where we are today.

(Some) people look back and say that things are so difficult that they have never seen this kind of situation. Always be careful about people who are always talking about the good old days. They either have a loss of memory or there is something else wrong with them. (People will say that in the past things were so great, they talk about the good old days, in fact, sometimes you wonder if you were not in the same country with them.)

We mustn’t give up and we mustn’t keep looking back. The challenges of today are meant for those of us who are here and alive today, and they are meant to be solved by young people, and as I always say, there is no better time to be alive. This is the best time to be young. This is the best time in Nigeria to be young. Those who are young today have the best opportunity ever. In my own day when I was a professor, if I had to research to write an article, it will take me weeks. Today, if I just take my iPad, I can get on to any library anywhere in the world and get all the information and write my article in hours instead of weeks, months or years.

It was Fareed Zakaria, who was saying that our smartphone which we carry today, carry a hundred times more computing power than the Apollo Space Rocket that took men to the moon.

I’d like to thank the authors of this book, I have had the opportunity to look at the book and I think it is going to be very worthwhile reading it for those of you who haven’t seen it or read the book, especially for those who want to go into politics. It promises (as the authors have said) to be a manual for being able to not just get nominated, but being able to win. I am also looking forward to studying the book more closely because we still have elections in 2023!

Thank you very much. 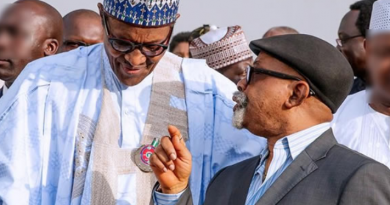 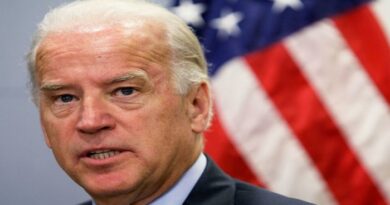 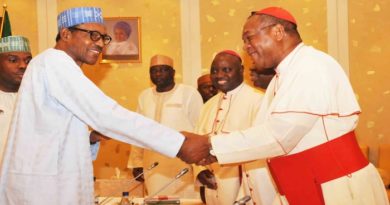