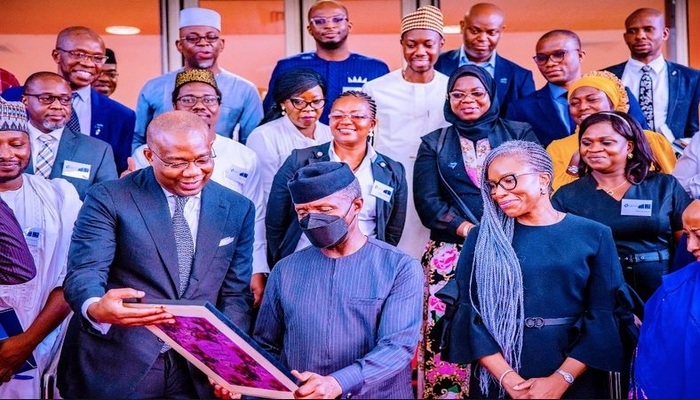 *Aig-Imoukhuede commends VP, narrates how the programme was facilitated

In the age of digital technology and digital economy, it is imperative that Nigeria develops a well-trained, knowledgeable and well-motivated public servants for effective service delivery and excellent performance.

Vice President Yemi Osinbajo, SAN, stated this on Thursday evening when he received at the Presidential Villa, Abuja, 49 graduands of the pioneer cohort of the Africa Initiative for Governance (AIG) & Oxford University’s Blavatnik School of Government (AIG-BSG) Public Service Leadership programme, sponsored by the Aig-Imoukhuede Foundation.

The inaugural in-country programme for talented, mid-career public servants, a partnership between the Federal and State governments, with the AIG and the Aig-Imoukhuede Foundation, lasted for about seven months. The participants were drawn from the civil service at national and subnational levels.

According to the Vice President, it is vital to provide cutting-edge training to public servants because “once public goods cannot be delivered effectively, development suffers, the commons are all at risk and the overall quality of life of the people is undermined.”

On the essence of developing Nigeria’s human resources, especially in the public sector, Prof. Osinbajo stated that “our governments have never been short of ideas, policies or roadmaps. Indeed, we have some of the best written and most insightful policies on practically all issues…but we fall flat on implementation. The reason is the quality of the human resources that we deploy in the public sector.

“Unlike in the private sector, where usually the profit motive makes it imperative to provide relevant and cutting-edge training to ensure that staff are well equipped to deliver on targets and KPIs, the public service usually has traditionally taken an approach, the result being a bureaucracy unable to develop, but more importantly deliver on government initiatives and programmes.”

The VP then spoke on the need to build the values of integrity, honesty and transparency in public service.

“Recognizing that ensuring integrity in the work place is not a merely a moral issue, it is an existential issue for the country itself. Why do systems anywhere in the world uphold basic notions of honesty, transparency and integrity? It is because it makes economic sense; dishonesty undermines the entire enterprise,” he stated.

“We must also understand and disseminate our rules on governance in such a way as to make it clear that petty or grand corruption kills progress and will destroy the nation’s best,” he added.

The VP further noted that the AIG-BSG programme was crucial to developing the country’s public service, especially with global changes and technology.

According to Prof. Osinbajo, it is crucial to have “a bureaucracy that fully appreciates how to think, act and plan in a world so completely transformed in the last two decades, that almost every old assumption about commerce, lifestyle, gender issues, political ideology are now being upturned or, at least, being seriously challenged.

“The old notions of official secrecy, the sanctity of government information and communication are now cracking as it becomes easier to put out even hard copy public information for mischief. Every device has a camera; electronically stored information can be also be hacked. What are the new protocols that we must now adopt, what safe guards must be put into regulations?”

He further said: “some may remember the arguments back and forth about the regulation of crypto currency. Writing the rules for new phenomena, stuff that the whole world is trying to grapple with and doing so quickly and with understanding are the types of challenges that today’s public officer faces.”

He noted that these were equally important as “the public service, especially regulatory agencies, generally tend to see their roles as policing or revenue generation.”

The VP emphasized that their real role must be “how to make life easier for the private sector, small and large businesses, individuals, those who create the jobs, create wealth and lift millions out of poverty. High Performance must then be determined by fidelity to those values.”

In his remarks, the Founder and Chairman of the AIG, as well as the Foundation, Mr. Aigboje Aig-Imoukhuede thanked the Vice President for inspiring, supporting and encouraging the Initiative from the start, especially during the period of teething challenges.

At this point in time, the Federal Civil Service was thinking through a strategic reform.

He narrated how the VP told him, “’let me bring the Head of Service into the same room as you and have a conversation, and let us see what it would bring.’ Within a week or two, that meeting took place.”

Mr. Aig-Imoukhuede once again expressed appreciation for the VP’s behind the scene facilitation of the programme.

“I’ll like to really thank you for giving us the confidence, for encouraging us and making sure that we didn’t give up. But most importantly, I’d like to thank you for your action that has made all of the cooperation between the Aig-Imoukhuede Foundation and the Nigerian government possible. And please continue to support us, encourage us; continue to call me to account whenever you see me.”

On the overall objectives of the Programme, he noted that, “there is no nation that can build itself and perform for its citizen without a strong and virile public service. We have seen this when the Nigerian public service operated at its best, just prior to independence and in the period subsequent to that. We have also seen at the sub-national level, where investments in public service have been made and we have seen the impact. So, we have dedicated ourselves to try to change this narrative, and create a situation where we can make our public sector, which encompasses brilliant men and women, shine so they can sparkle like the public sectors of other countries.” 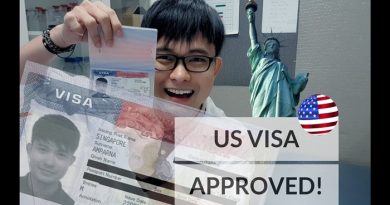 US now to charge reciprocity fee on approved visa applications 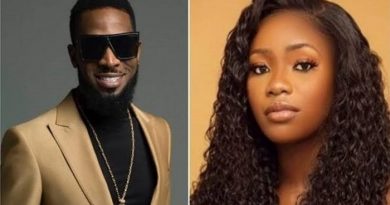 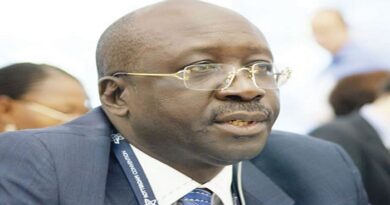 PDP will produce next president -Ayu