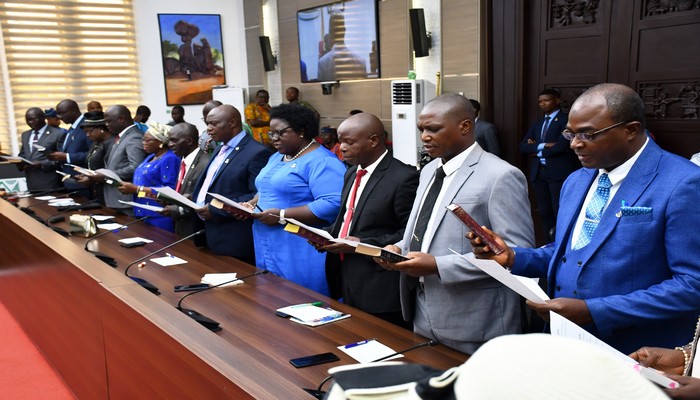 Oyo State Governor, ‘Seyi Makinde, on Friday, inaugurated nine Permanent Secretaries, 10 Inspectors-General of Education and 10 Tutors-General to man the 10 zonal offices of the Teaching Service Commission of the state.

The governor also inaugurated the new Surveyor-General of the state, noting that his administration will continue to encourage merit and excellence in the promotion of civil servants in the state.

Governor Makinde, who spoke during the inauguration of the new officers, held at the Executive Council Chambers of the Governor’s Office, Secretariat, Agodi, Ibadan, congratulated them, saying they were products of independent and rigorous selection processes.

A statement by the Chief Press Secretary to the governor, Mr. Taiwo Adisa, indicated that the governor expressed the commitment of his administration to  continue to create a clear path to career progression that centres on dedication and hard work.

He said: “One of the things our administration has been working to establish in the civil service is an order that ensures that people have a clear path to growth based on dedication and hard work. We want people to be able to choose to work in the civil service and be assured that they can put in their best and get rewarded for it.

“Before we came in, the appointment of Permanent Secretaries used to be discretionary and you don’t know the basis. If you know somebody who knows somebody, until you get to the powers that be, you get appointed. But we said we need to have a clear path.

“By virtue of people being in position, you can exercise your discretion. Even if we want to exercise our discretion, it cannot be more than 20 per cent of the appointment. 80 per cent must be purely on merit.

“I can say to you and the entire world that among all of you who have been appointed and just sworn in, I only know two. So, I exercised my discretion only on two individuals here. For the rest, maybe in the course of working around the Secretariat or one assignment, we have had interactions.

“But mostly, it was based on the report of an independent and very rigorous selection process that the rest of you emerged from. We did that because we felt that when people are rewarded based on their hard work, others coming behind will know that you only get rewarded when you work very hard.”

According to Governor Makinde, his government made a conscious decision to ensure prompt payment of salaries and pensions, promotion of civil servants and expansion of their opportunities to get to the top of their careers, because it is desirous of ensuring that money keeps flowing in the economy of Oyo State.

The governor equally explained that his government decided to create the Tutor-General path in order to help teachers reach the peak of the civil service career, noting that with the creation of the position, teachers could now go on to become permanent secretaries.

He recalled how he had been touched by the wish of a principal, who said his life-long ambition was to become a permanent secretary, saying: “I said to myself that if I can get to a position where I can create that path for teachers that have worked really hard and are still working hard, to get to the peak of the civil service in Nigeria, I will do it. That is why we now have tutor-generals.

“Education is so important to us because that sector is where our future is tied. They are the people moulding our leaders of tomorrow and we should not let their rewards be in heaven. They should get their rewards here. In the past, they were just directors but they will now be permanent secretaries.

“The tutor-general’s position was created as a brand for teachers to become permanent Secretaries.

“Tutor-generals and Inspector-generals are positions of trust and you just swore an oath. I did also when I came into this position. So, you must treat these positions in accordance with the oath you have just taken.”

The governor encouraged all the newly-inaugurated officials to remain committed and discharge their responsibilities diligently and with fairness to everyone.

Also speaking at the event, the Head of Service of the state, Mrs. Ololade Agboola, said that 648 officers on levels 16 and 17 participated in the exercise, adding that 84 were shortlisted and 28 eventually chosen.

Cross section of the newly appointed Permanent Secretaries in Oyo State taking their oat of office during their swearing in, held at Governor’s Office, Secretariat, Ibadan. 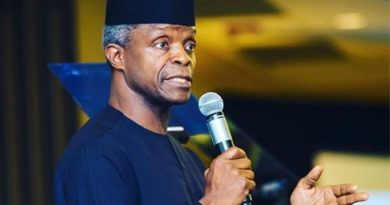 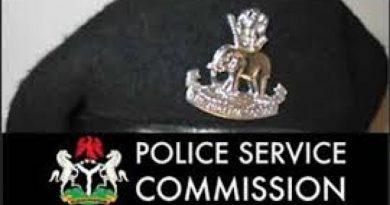