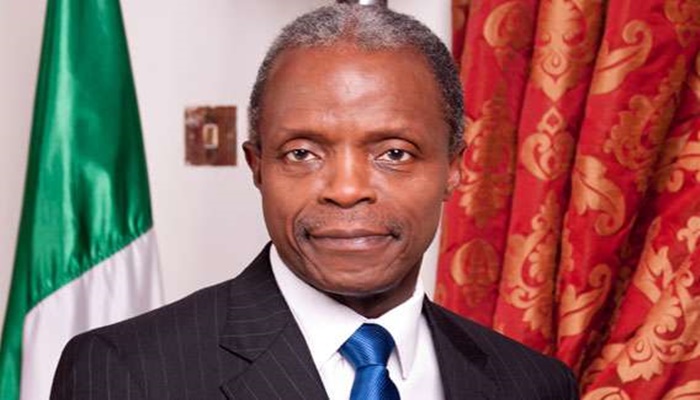 Vice President Yemi Osinbajo has revealed that security agencies have arrested about 800 suspected violent herdsmen across the country.

According to a statement in Abuja at the weekend,  Osinbajo disclosed this in Houston, Texas in the United States (US) at a town-hall event where he interacted with US-based Nigerians.

Asked about the issue of Fulani herdsmen attacks in some states and what the Federal Government was doing to curb the problem, the Vice President said “the President has given firm instructions to the security agencies to arrest not only herdsmen who are attacking communities anywhere in the country but anyone of them or anyone at all in possession of firearms.”

“There are about 800 of suspected violent herdsmen in the country that are currently in custody,” he said.

He, however, decried the slow pace of the criminal justice system which is affecting the prompt trial of such suspects.

Osinbajo reminded the audience that the issue of killings by such violent herdsmen has been a perennial issue especially as grazing lands continue to disappear over the years and the cattle feed on people’s crops on the farmlands.

He clarified that the matter just did not crop up when President Buhari assumed office.

Vice President Osinbajo then urged against the tendency of interpreting the herdsmen issue as a religious issue, stressing that it was important for all Nigerians to refuse such divisive narratives and tendencies.

He explained that there has always been conflict between herdsmen and communities across the country and that people should disabuse the notion that the problem has just started because President Buhari, a Fulani is currently at the helm of affairs in the country.

Answering question on the need for community policing, the Vice President indicated that community policing via State Police is indeed a cardinal programme of the ruling APC, but that the party agenda cannot be introduced until there is an amendment to the nation’s constitution.

Giving a scenario where a policeman from Bayelsa State for instance is working in Borno State where he cannot even speak the language or understand the culture of the people he is policing, noting that such is counterproductive.

“The current situation where police activities is controlled at the federal level sure has some limitations,” he conceded, adding that the “the federal government is currently working to introduce community policing that would be in line with the constitution.”

Commenting on the recent arrest of judges in the country,  Osinbajo told his Nigerian audience in  that impunity could be very dangerous in any sector and that the federal government is only exercising its executive function in attempting to check excesses.

He pointed out that the important thing is that due process is being followed as the judges were released about 24 hours after their arrest and once they had given their statements.

The Vice President also responded to a question on the state of the nation’s economy and attributed the current recession to the loss of about 60 percent of government revenue due to pipeline vandalisation and endemic corruption in the system.

He however stated that getting back oil production is a sure way to get out of the recession and the federal government is working to sort it out.

Answering question from the internet on when former President Goodluck Jonathan would be arrested, Osinbajo pointed out that the Buhari administration is not in the business of arresting just anyone anyhow.

He said all the Buhari administration does is to empower the security agencies and the anti-corruption agencies to do their jobs, without the administration trying to teleguide them.

He also added that the fight against corruption in the country is not fought on ethnic, hasty or premediated grounds.

According to him, “corruption is not an ethnic thing, there is an equal representation in the stealing as no one operates with his/her ethnic group alone, the culprits are in every case seen so far, united by greed to steal and not by ethnic or religious interest.”

He frowned at a situation where for instance as much as $15 billion has disappeared from the national coffers into private pockets, pointing out that no responsible government would wave that aside so as not to offend people.

Commenting on the declining fortunes of Nigeria in international sporting competitions occasioned by poor funding by the government, the Vice President said that a long-term solution to inadequate funding of sports is private sector involvement.

According to him, looking around countries that have excelled in international sporting competitions, the private sector in those countries are directly involved and that is exactly what should happen in Nigeria.

By the time companies and organisations take up sports sponsorship, he believed that the tide would change for good.

Nigerians from all walks of life in Houston, Texas, and from other parts of the US attended the town hall meeting which was preceded by a Nigeria Infrastructure summit which showcased opportunities for foreign investors in Nigeria. 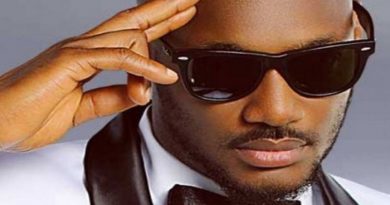 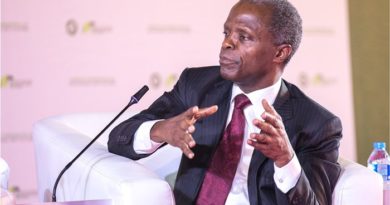 No violations in approval of N5.8b Emergency Food Intervention Fund for North-East 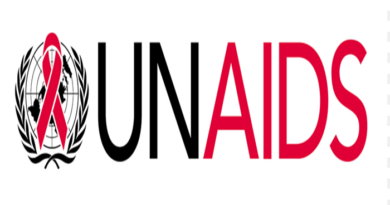