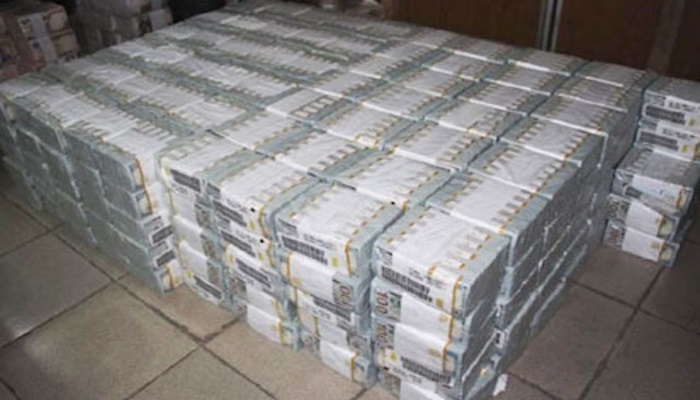 The record $43.45m cash haul ever seized by the Economic and Financial Crimes Commission may well be manna from the heavens for the Nigerian government. Forty eight hours after, no one has come out to claim the money.
All the three persons speculated as possible owners have all denounced the claims.
Esther Nnamdi- Ogbue, the former managing director of NNPC retail business said the money was not hers.
Senator Yayi Adeola, who represents Lagos West, has also distanced himself from the cash.
Both Transport Minister Rotimi Amaechi and the National Intelligence Agency have also denied reports linking them with the money.
The latest denial came from the former governor of Bauchi State, Alhaji Ahmadu Adamu Mu’azu.
Mu’azu built the gigantic house, 13 Osborne Road, Ikoyi, Lagos where the Economic and Financial Crimes Commission, EFCC, recovered $43,449,947, £27,800 and N23,218,000 at an apartment.
In a statement posted on his Facebook account, the former chairman of the Peoples Democratic Party, PDP, admitted that he built the property but noted that all the flats have been sold to prospective buyers in order to pay back the loan with which he built the house.
His statement read: My attention has been drawn to the news making the rounds that I own the building on No.16 Osborne Road, Ikoyi, Lagos. I want to state clearly that I built the said property and sold to prospective buyers of individual flats.
I have been a property developer since 1983 and I have developed and sold several properties all over the world, the property in question happens to be one of them. I acquired the land and jointly develop it using a bank loan, I obtained about nine (9) years ago.
However all the flats have been sold to prospective buyers in order to pay back the loan. I do not own or occupy any of the apartments. I sold all the apartments through established estate agents as such I have no knowledge or interest in who purchases or rents any of the flats.
I commend the efforts of the official of the EFCC and the government’s drive at fighting corruption and also the media in informing the public on illicit and corrupt proceeds. My response is not intended to jeopardise or interfere with the ongoing investigation of the anti-graft and security agencies but to clear the misconception that the house in question belongs to me. I strongly believe that the efforts being made will surely unveil the real owner of such flat and the monies recovered.
Sources; News Agency of Nigeria (NAN) 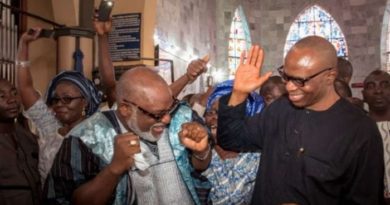 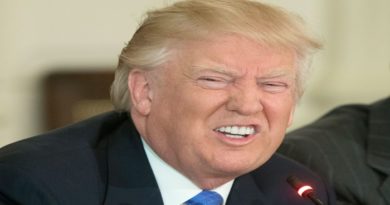 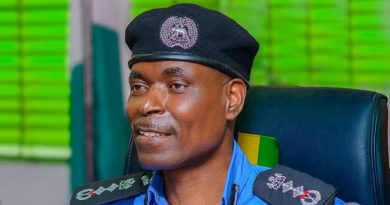