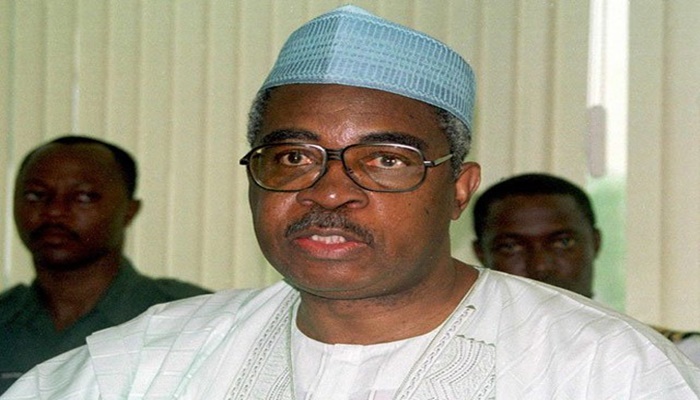 The National Christian Elders Forum (NCEF) has noted another brazen attempt of the President Buhari Administration to establish its undemocratic character and sectional purpose in Government. That President Buhari would conduct what amounts to “judicial coup” is not surprising to the NCEF; what is surprising is the apparent unwillingness of Christians, as well as that of the generality of Nigerians, to understand the core problem of this country.

Since its inception, the NCEF has consistently sought to enlighten Nigerians that the problem of this country is simply the conflict between Democracy and Sharia. Until Nigerians understand that a section of the country is determined to truncate Democracy and enthrone Sharia as the National Ideology, they would not be able to address the recurring conflicts in the country.

In 2015, Nigerians unwittingly elected an Islamist Government into office, supposedly on a platform of Democracy. The Islamists belong to the Salafist sect and they believe that modern society should run according to the 6th Century pattern of Islam. Islamism is not a religion but a political ideology that holds that wherever Islam is, Islam must dominate. That is one reason why Islamism is called “political Islam”. However, while all Islamists are Muslims, all Muslims are not Islamists. The Islamists have no regards for Human Rights; they detest Democracy, and do not want Western education.  This is why “Boko-Haram” and they hold tenaciously to the doctrine of “sacred space” which claims that all the earth has been given in perpetuity to Muslims by Allah. That explains why a Grazing Reserve would become a Grazing Colony and why death and destruction have been unleashed in the Middle Belt and on Christian communities in northern parts of Nigeria. All these calamities occur because some people believe all the land in Nigeria is their property. The Islamists are driving a dual Fulanization and Islamization agenda in Nigeria. Meanwhile, the other Ethnic Nationalities still appear oblivious of the issues playing out in their country.

The ideology of the Islamists is so extreme that even some Arab Islamic nations cannot tolerate them. It would be recalled that in the wake of the Arab Spring, both Tunisia and Egypt elected Islamists of the Muslim Brotherhood into power. Within one year, both Tunisia and Egypt, Islamic nations, conducted another revolution and threw them out. If Arab Islamic nations cannot tolerate Islamists, because of their extreme discrimination and narrow minded religious bigotry, why would Nigeria, a secular State and multi-ethnic society do so?

The recurring distress in Nigeria is due to the fact that the country elected a President on the platform of Democracy who proceeded to run the country with Sharia Ideology. It is only with this awareness that the discriminatory and sectional policies of the present Administration can be understood.

The appointment of only Muslims from the North into sensitive positions and the flagrant violation of the Federal Character Principle in the Constitution is not Democracy but Sharia. It is Sharia that is at the root of the Jihad that has been launched in the country. Nigerians should realize that there is a deliberate attempt by the Islamists to truncate the Constitution and replace it with Sharia as the source of legislation.

It is with this as background that the questionable suspension of the CJN Walter Onnoghen should be situated. The “judicial coup” is not only against the Judiciary, but also the Constitution that is under attack and with it, the Sovereignty of the Nigerian State as a Democratic Nation.

As Nigerians mobilize to resist the terrible intentional infraction of the Constitution and in this case involving the CJN, the larger picture should not be overlooked or else, the Islamists will surreptitiously back down on this case and concentrate on “winning” elections and launch more virulent attacks on Democracy. It should not be forgotten that in August last year, a “coup” was planned against the National Assembly and Nigerians can now attest that the Islamists are relentless.

The National Christian Elders Forum is calling on Nigerians to mobilize to resist the Islamists in Nigeria and ensure that they do not return to power again so that Nigerians can concentrate on building a just and equitable society. Every infrastructure that is sustaining Islamism in Nigeria must be  dismantled and Democracy must be promoted and sustained as the only National Ideology for Nigeria, in the interest of all Nigerians. The youths on their own must understand that Nigeria obtained independence on the basis of Parliamentary Democracy as the system of Government and Liberal Democracy as the National Ideology. Sharia ideology can never hold Nigeria together in peace.

In order to put an end to these recurring decimal of violence, conflicts, suspicion, distrust, insecurity, poverty and other vices plaguing Nigeria, NCEF reiterates that Nigerians should ensure that Islamists are not voted into power in 2019. What Nigeria requires are genuine Democrats. In the few days left before the elections, pro-democracy groups should embark on serious mobilization to elect truly Democratic persons into Office. The Islamists are becoming desperate and another four years in office for them will spell doom for liberty and equity in Nigeria. The conspiracy of the Islamists has tentacles reaching into foreign Islamist nations interested in exporting their brand of religious bigotry into this country.

To lay these crises to rest permanently, Nigerians should insist on the following:

A return to 1963 Republican Constitution and Parliamentary System of Governance. The new Zones agreed upon should be autonomous with Zonal Constitutions similar to Regional Constitution at Independence. The current 1999 Constitution operating on the basis of the dual ideologies of Democracy and Sharia should be abrogated. Nigerians should insist on the Constitution agreed upon by the founding fathers of the country, anchored only on Democracy. No  Islamist should receive support at the polls. 2019 Elections should focus on electing genuine Democrats into Office. The collaborators of the Islamists should cease supporting and strengthening them. Notable amongst these collaborators are some Church leaders, some of the traditional rulers, politicians, Christian professionals as well as moderate Muslims who falsely assume that the Islamists are representing them. Most of these collaborators act purely for selfish reasons. Nigerians should demand a Truth and Reconciliation Commission from any incoming Government as the basis for healing and rebuilding trust amongst the various Ethnic Groups in the country. Each Democratic candidate should be made to sign a Charter of Agreement on Citizens Demand, complete with timelines for implementation; the return to Parliamentary System of Government should be a key demand in the Agreement.

In the meantime, NCEF wishes to restate its commitment as Christian Elders to lend full prayerful support to Christian Presidential candidates and indeed any political candidate who will be true, committed and loyal to the tenets of Liberal Democracy, Constitutional Authority, Human Rights and Equality under the Law. 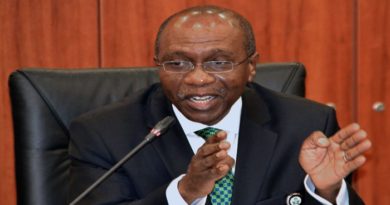 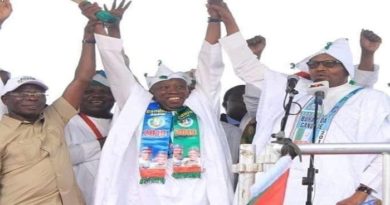 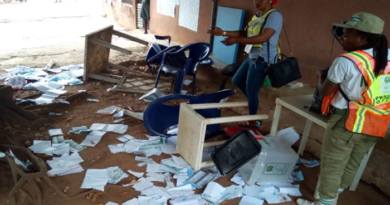