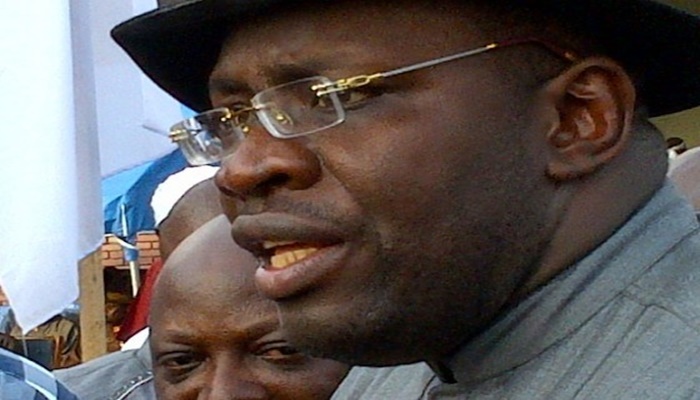 Bayelsa State Governor and Chairman, Peoples Democratic Party (PDP) Governors Forum, Honourable Henry Seriake Dickson, has congratulated the newly elected leadership of the National Assembly with a call on them to guarantee the independence of the legislature in accordance with democratic ethos.

Governor Dickson also charged the new leadership to ensure that the rights of Nigerians are defended and well protected.

The governor gave the charge in the forum’s congratulatory message following Tuesday’s inauguration of the national legislature and the election of Senators Ahmed Lawan as Senate President and Ovie Omo-Agege as Deputy Senate President.

Hon. Femi Gbajabiamila and Ahmed Wase were also respectively elected Speaker and Deputy Speaker of the House of Representatives.

The governor was quoted by his Special Adviser on Public Affairs, Mr. Daniel Alabrah, as saying that what transpired in the National Assembly on Tuesday was democracy in action.

He urged them to be conscious of the fact that they have emerged at a trying time in the nation’s democracy.

Governor Dickson said the leadership and indeed the National Assembly must strive at all times to uphold national unity and cohesion.

His words: “On behalf of the PDP governors, I congratulate the new leadership of the National Assembly. I urge them to strive to defend the independence of the legislature and to protect the rights of Nigerians.

“If the independence of the legislature is lost, then our democracy would have lost all meaning. The legislators should seek to protect both chambers as well as the rights of Nigerians. They have the responsibility to protect the Nigerian people against all forms of arbitrariness and abuses.

“The legislators should do their utmost to further the stability and unity of the country while working hard to deepen our fledgling democracy. The principal officers have assumed these high positions at a trying time in our nation’s democracy. This reality must not be lost on them.” 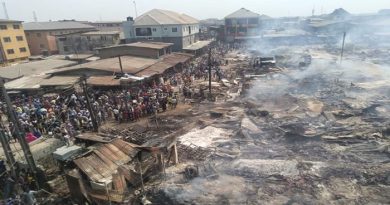 Mushin plank market, 4 other buildings ravaged by fire in Lagos 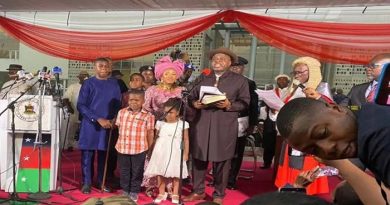