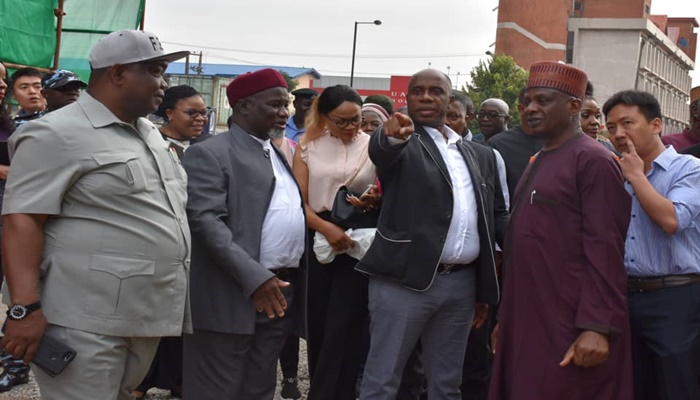 The Minister of Transportation, Mr Rotimi Amaechi, says the ambition of the Federal Government is to begin free ride on Lagos-Ibadan Standard Gauge rail line by November.

Amaechi made this known on Monday, while briefing journalists in Lagos, after inspection of the project.

The minister had inspected the project in company of the Minister of State for Transportation, Mrs Gbemi Saraki.

Others on the minister’s team include Mr Fidet Okhiria, Managing Director, Nigerian Railway Corporation (NRC), and the Chairman, NRC Board of Directors, Malam Ibrahim Al-Hassan-Musa.

The News Agency of Nigeria (NAN) reports that the inspection was the second since Amaechi’s re-appointment as minister in-charge of the ministry by President Muhammadu Buhari.

Amaechi said: “They (contractors) need to increase their speed. They reduced their speed within the period the government dissolved the last cabinet.

“Now, that we are back, my colleague, the Minister of State, and I had resolved to push back the pressure to ensure early completion.

“Our ambition is that by November, we should begin trial of train services between Lagos and Ibadan for free.”

He said that the tracks had been laid, but the stations had been impeded because the cabinet was not in place at a point.

“The tracks are no longer the problem, the problem is now how to get them to finish the stations on time.

“They have promised that the minor stations will be completed in three months; but six months after, they are yet to be completed,” he added. 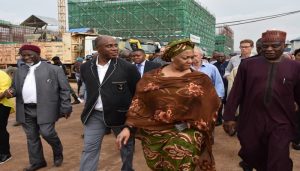 The minister said he had mounted pressure on the contractor to ensure that the minor stations were completed in due course.

“We know that by January next year, they are going to finish both the minor and major stations so that we can move on,” Amaechi said.

He, however, said that the gas pipelines at Apapa Ports had impeded progress of work, adding, “We will still work hard to see how we can achieve our goal”.

Amaechi commenced the inspection as early as 8:00a.m by visiting Lagos Station of the Standard Gauge and later moved to inspect the Apapa Ports Terminal.

The minister also inspected the construction works at the 10 stations along the 156-kilometre rail line corridor which included Apapa, Kajola, Papalanto, Abeokuta and Omi-Adio, among others.

Amaechi advised the contractor to speed up work on the project before his next visit in October.

In her remarks, Saraki commended the Federal Government’s commitment to the project, saying that she was impressed riding on train from Lagos to Ibadan.

Speaking to NAN, Okhiria assured the public that the project would be delivered as slated, because contractor was working hard to ensure speedy completion.

He said that the contractor would deploy their men and equipment to complete railway stations and the remaining section, especially Apapa where oil facilities had impeded laying of tracks.

From Left, Chairman Board Of Directors, Nigerian Railway Corporation, Malam Ibrahim Al-Hassan; the Minister of Transportation, Rotimi Amaechi; Minister of State for Transportation, Gbemi Saraki and the Director-General, Bureau of Public Procurement, Malam Mamman Ahmadu, during inspection of Lagos-Ibadan Standard Rail Guage in Lagos on Monday (23/09/019).

From Left, Chairman Board Of Directors, Nigerian Railway Corporation, Malam Ibrahim Al-Hassan; the Minister of Transportation, Rotimi Amaechi; Minister of State for Transportation, Gbemi Saraki and the Director-General, Bureau of Public Procurement, Malam Mamman Ahmadu, during inspection of Lagos-Ibadan Standard Rail Guage in Lagos on Monday (23/09/019). 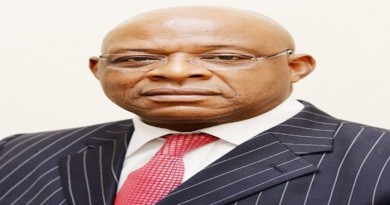 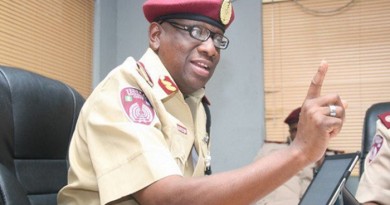 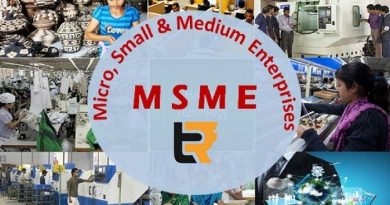