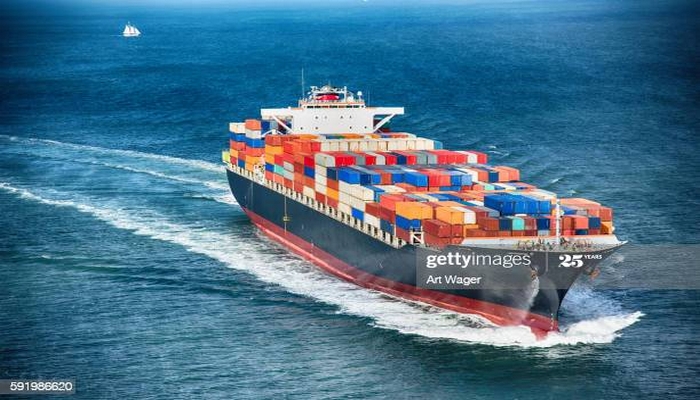 Two fundamental concepts are related to the law and practice of ship arrest in maritime law. The first is that it is an action in rem. The second is that its rules and procedures fall largely under the admiralty jurisdiction of states. There is in essence, no concrete uniformity internationally about the rules of ship arrest. In fact, Art 6 of the 1952 International Convention On Arrest Of Ships (Arrest Convention) provides that the rules of procedure relating to the arrest of a ship shall be governed by the law of the contracting state in which the arrest is made or applied for.

However, the case of an escaping ship or vessel may present fresh problems. How is a ship arrested? Is there a right to re-arrest a ship that is trying to escape jurisdiction? If so, who can pursue, from whence, and how far? These are queries we hope to answer in this inquiry.

Mode of Arrest and Prevention of Escape

By referring to an escaping ship, we proceed from certain assumptions. The first is that a valid arrest order has been made by the competent court of the forum from which the affected ship proceeded and secondly that the writ in rem cannot be served outside the jurisdiction.

The Doctrine of Hot Pursuit

The primary purpose of arrest is to obtain security for the satisfaction of an ensuing judgment in the action in rem. This arrest in fact constitutes the ship or property as security in the hands of the court for the claim in the action. As Esher M.R. put it, “the moment that the arrest takes place, the ship is adjudged by it to be due to the claimant”.

Certain features are commonly observed in the current procedure of ship arrest in various jurisdictions. Upon the issue of the warrant of arrest, the Admiralty Marshal immediately contacts the relevant officer of Customs and Excise or Port Authority as the case may be. An Official of government then arrests the ship. In Britain, this is done by the personal assistance of the Marshals office who attaches the note of action to the ship. In the United States, Once the arresting party has obtained a warrant of arrest from the Court, the U.S. Marshal Service will serve the Court’s warrant on the vessel to affect the arrest. Rule C(3)(b) The Federal Rules of Civil Procedure (F.R.C.P.)’s Supplemental Rules for Certain Admiralty and Maritime Claims provides that only the marshal may serve the warrant to seize the vessel.

In Germany, a court’s registrar or the bailiff is responsible for the enforcement of the arrest upon a separate application. To attach a foreign vessel, the creditor will instruct the bailiff who visits the vessel mostly under police attendance and fixes a chain at her wheel as a symbol of the arrest. More important is the information is given to the port authorities who will prevent the vessel from sailing if the arrest is in existence.

In Nigeria, the applicable laws on ship arrest are found in Order 45 of the Federal High Court (Civil Procedure) Rules 2019, the Admiralty Jurisdiction Act (AJA) 1991; and Order 7 of the Admiralty Jurisdiction Procedure Rules 2011. The AJA (1991) provides nothing on the probability of escape. However, it is clear that here, as in other jurisdictions, the probability of escape is at the center of the ship arrest procedure.

Thus, in practice, the Nigerian courts have been enthusiastic in preventing the escape of arrested vessels. In other parts of the world, where it is shown that a ship is immobile or dry-docked, there will no longer be the need to make an arrest. In Nigeria, the court may indeed still proceed to issue an order arresting such a ship. This was the case in M.T.Derby (FHC/L/CS/121/92) Niger dock (Nigeria) Limited v The Owners of the M.T.Derby, the ship though dry-docked in Lagos and with no possibility of escape from jurisdiction, was still arrested.

When is a Ship Arrested?

Now it would appear that before a warrant of arrest is executed, there can be no talk of escape. In other words, if a shipowner by some ingenious means learns that steps are being taken to arrest his ship, he can proceed to expeditiously remove the ship from the jurisdiction. As long as the normal rules and regulations concerning the arrival and departure of ships in the particular port are observed, nothing inherently illegal would have taken place. The morality of the matter is another issue. The question then is when is the warrant for the ship executed? Is it when it is issued by the Court? Or when it is served on the particular ship by the physical acts of placing a copy of the warrant on the ship. The preferred view is that the warrant must be ’delivered’ on the ship for execution to be said to have taken place.

The Effect of Arrest

Once the warrant for arrest has been properly executed, the property is arrested and is in the custody of the Admiralty Marshal on behalf of the Court. Interference by any party with the arrest process such as attempting to remove the property from the jurisdiction is an illegal and criminal act. While this point has not received judicial attention in Nigeria, certain British authorities exist showing that knowledge that an arrest order has been issued is enough to prevent anyone from removing a ship from the jurisdiction. Interference would be a contempt of court amounting to a committal.

Application of The Doctrine of Hot Pursuit

Since the ship under arrest is actually in the custody of the Admiralty Marshal and not merely in private hands, the duty to pursue and retrieve an escaping ship falls on state agents and security services. Private persons cannot under international law embark upon hot pursuit. There is however a clear advantage in the continued vigilance of the claimant in order to be able to alert the authorities when his security is in peril of being removed from the jurisdiction.

The Doctrine of Hot Pursuit

If the escaping ship is rearrested while navigating within the territorial sea (i.e within 12 nautical miles, See Art 3 U.N.Convention on the Law of the Sea)then there can be no question of the competence of the coastal state to rearrest it. On the other hand, the escaping ship may have entered into other maritime zones. In this case, a pursuit that has started within the territorial sea may be maintained through the contiguous zone, to the exclusive economic zone E.E.Z and on to the high seas.

The doctrine of hot pursuit developed from customary international law and has been codified under Article 111 of the Convention on the Laws of the Sea, 1982. It means in essence that if there are reasonable grounds to believe that a foreign ship or one of its boats in internal waters, territorial sea, exclusive economic zone, continental shelf, has violated the laws or regulations of the coastal state or infringed on the rights conferred on it by international law, such ship may be pursued by the coastal state by any of the state vessels well into the high seas. The principle of hot pursuit is designed to ensure that an erring vehicle cannot escape jurisdiction by making a fleeting dash for the high seas. If it does so, the doctrine of hot pursuit will operate to allow an extension of the jurisdiction of the coastal seas to pursue and seize the escaping ship. If apprehended, the ship may be escorted back to port for investigation and trial.

The doctrine of Hot pursuit is however subject to certain conditions that must be mentioned here. In the first place, the pursuit must be continuous and unbroken. Intermittent pursuit or abandonment of pursuit and subsequent resumption will no longer be ‘hot pursuit’. Therefore, the Admiralty Marshal must act timeously and be diligent in effecting the pursuit in order to remain within the scope of international law. For instance, it is of serious doubt if pursuit can commence under this doctrine when the escaping ship is already within the contiguous zone(1.e the next 12 miles the end of the territorial sea). This is because arrest can only be made therein for specifically those offenses for which the zone was created. Secondly, pursuit even if continuous and unbroken must end upon entry into the territorial waters of the flag state or any other state.

Thirdly, where facts, later on, reveal that the circumstances did not warrant hot pursuit and seizure, due compensation must be paid for loss or damage. Severe penalties are laid down by Article 22(3)of the(1958)High Seas Convention to regulate such an eventuality. The International Law Commission rightly believes that these provisions are justified in order to prevent the right from being abused.

Furthermore, where such a ship is pursued and arrested in a manner not justifiable in the circumstance, even if there may be a cause of action such as where the Plaintiff knows that the Defendant was genuinely unaware that an arrest warrant was made, the Defendant would be entitled to reliefs under the pertinent Admiralty rules. In Nigeria, such statutory reliefs are specified in Order XI of the Admiralty Jurisdiction Rules (2011) and section 13 of the Admiralty Jurisdiction Act (1991). 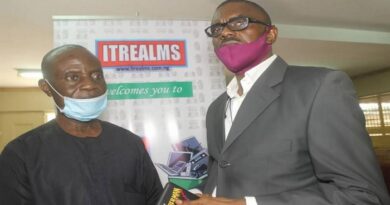 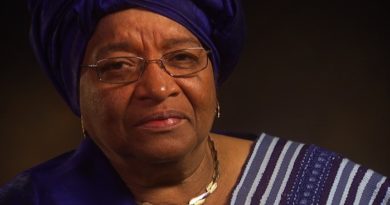 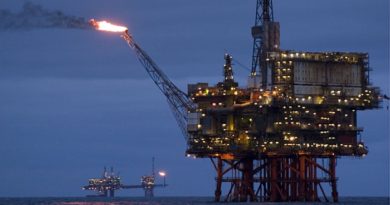 Oil price rises to $57 per barrel