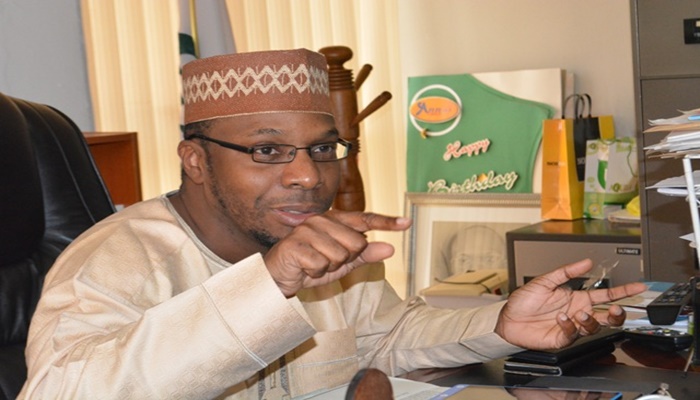 Mr Yemi Kale, outgoing Statistician-General of the Federation, has charged his successor, Mr Simon Harry, to maintain the trust the public has on National Bureau of Statistics’ (NBS) work.

The News Agency of Nigeria (NAN) reports that President Muhammadu Buhari appointed Harry as the new Statistician-General on Aug. 27.

Kale said it was necessary to always strive to protect the hard-earned public trust the bureau currently enjoys for official statistics.

He added that absence of it by users would render the bureau irrelevant.

According to him, trust in the bureau’s work is what gives it its authoritative voice on several issues of national importance and they must continuously guard this public trust.

He also said that the operational independence of the bureau should be protected.

“Where this independence is compromised, curtailed or sacrificed, it raises the perception of the quality and reliability of our data products.

“And over time, users lose trust and confidence in data producers effectively, once again, rendering the bureau irrelevant.

“It is my sincere wish that you will continue to do whatever you can to preserve the public trust and protect the bureau’s operational independence, knowing how fundamental it is to the very existence of the bureau on its mandate,” he said.

Reeling out the achievements of the NBS in the last 10 years, Kale said the bureau expanded the number of statistical outputs published by it from below 50 in 2011 to over 300 publications annually, reaching 309.

He said that in 2020, the bureau leveraged Information and Communication Technology  (ICT) tools to improve data production quality and timeliness.

He said it deployed Global Positioning System (GPS) enabled computer assisted interview systems to capture devices for data collection and introduction of a telephone call centre at the headquarters.

“We have implemented an enhanced dissemination strategy, relying on a revamped website.

“Annually, the bureau now receives over two million visits to our website, with over 100,000 downloads of this published reports each year.

“In 2014, for the first time, we successfully completed the major exercise in partnership with multiple sub-national governments, that is the compilation for the first time of state Gross Domestic Products (GDP) estimates for 22 states,” he said.

Kale added that the bureau was working bilaterally with some states to build their capacity to produce their GDP, with some now doing this on an annual basis with its assistance.

He also said that the NBS now sat on various advisory presidential committees set up by the Federal Government to address economic demographic and social issues.

He added that the NBS was well recognised in several international statistics organisations.

In his tenure as well, the Federal School of Statistics in Manchok  got accredited to offer Ordinary National Diploma certification, which he said was the first for any statistical agency in Africa.

“While all these are notable, for me personally, the greatest achievement has been to see the significant increase in how official statistics produced by the bureau has now become part and parcel of government policymaking, business investment decisions and even regular citizens conversations,” he said.

Kale, who attributed the feats to deliberate thoughtful strategies, said he also enjoyed massive support from his supervising ministers who believed strongly in the use of data to inform policy decisions.

He applauded the staff for their hard work and dedication and the support given to him over the years charging them to give the same support to Harry.

He, however, regretted he was not able to secure the staff hazard allowance which they deserved.

Harry, in his response, said that with all Kale had achieved, the bureau was challenged to consolidate on his achievements and build on the foundation that he laid.

“He has actually worked tremendously to improve the statistical landscape in this country, so we cannot afford to just fold our hands.

“That is why this administration will require putting our heads together so that we move as a team because that is the only way that we can achieve results.

“We are all aware of the interest and enthusiasm that the current administration has in the usage of statistics, so the expectation on the system is so high.

“Because of that, we are going to put everybody on their toes to make sure that you do the needful,” he said.

The News Agency of Nigeria (NAN) reports that Kale was appointed to the position of the Statistician-General in 2011 for a five year tenure and was re-appointed in 2016. 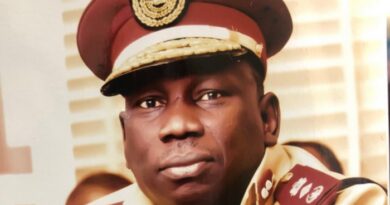 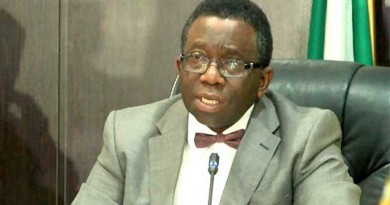 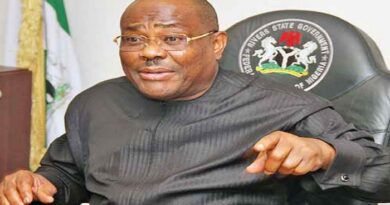