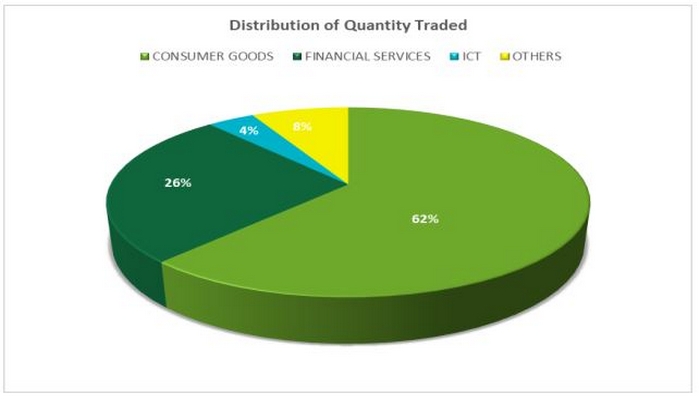 The NGX All-Share Index and Market Capitalization opened the year on the positive note as they appreciated by 2.66 per cent and 5.97 per cent to close the week at 43,854.42 and N23.628 trillion respectively.

The market opened for four trading days this week as the Federal Government of Nigeria declared
Monday 3rd January 2022 a Public Holiday to mark the New Year celebrations.

The Consumer Goods Industry led the activity chart with 1.255 billion shares valued at N 51.973 billion traded in 2,581deals; thus contributing 61.90% and 88.07% to the total equity turnover volume and value respectively. The Financial Services Industry followed with 537.959 million shares worth N 4.627 billion in 8,015 deals.

Trading in the top-three equities namely BUA Foods Plc, Wema Bank Plc, and Transnational Corporation of Nigeria Plc (measured by volume) accounted for 1.349 billion shares worth N51.253 billion in 1,120 deals, contributing 67% and 86.85 % to the total equity turnover volume and value 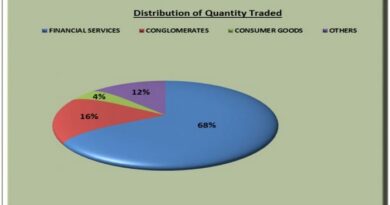 Nigerian bourse up 1.36% for the week 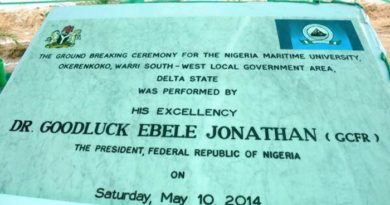 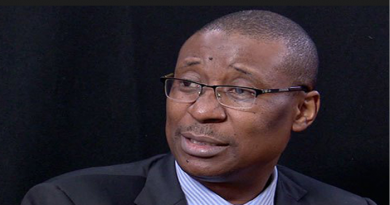