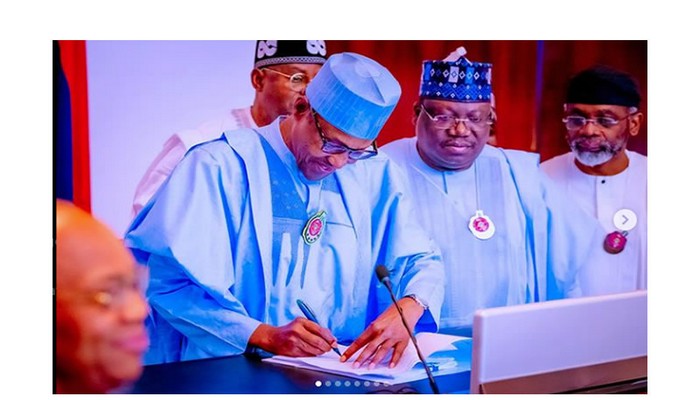 Shortly after his emergence in 2019 as the 14th President of the Senate and Chairman of the Ninth National Assembly, Ahmad Ibrahim Lawan promised to ensure the 2020 Appropriation Bill was passed and signed into law by the President before the end of that year. That promise would have sounded outlandish in many ears and many would have dismissed it outright as a flight of fancy induced by Lawan’s euphoria of electoral victory.

Going by precedent under the Fourth Republic, there were valid reasons for such scepticism.

By 2019, it had become normal for the Appropriation Bill to come into law not earlier than the first quarter or even in the middle of the budget year. This was in spite of the apparent injury the delay was delivering to government’s annual spending plans and the economy.

How to reset the budget cycle or financial year to run from January to December as was the case in distant past had confounded and beaten the previous National Assemblies. But that was not for lack of efforts on this part of the federal lawmakers. Session after session, they visibly worked to instal a steady, reliable and predictable January to December budget cycle. That just didn’t happen, for many reasons.

However, with great determination,  strategic thinking and multipartisan cooperation in the Chambers, under a new milieu of effective collaboration amongst the Arm of Government, the Ninth National Assembly achieved the feat on first attempt in December 2019!

The impacts of timeous passage of Appropriation Bills on budgetary performance,  governance and the general economy have been severally articulated by economic experts.

Even at the best of times, the Nigerian economy has needed every positive effort it can get for revamping it. The COVID-19 pandemic, the Russia/Ukraine war and sundry local challenges make such efforts even more imperative now. Imagine, some of the advanced economies are already reeling in or tottering at the edge of recession.

Of course, the Nigerian economy too slid into recession twice in recent past. But on each occasion, it quickly pulled out. The quick recovery was significantly enhanced by the effective collaboration and proactive interventions of the National Assembly.

This is one of the achievements for which the Ninth Assembly has not been granted the deserved credit.

Instead, the doubting Thomases and mocking birds did not immediately stop laughing. Even while some acknowledged the feat, they doubted it could be sustained.

According to the Senate President, it would have been passed even earlier, before the lawmakers went on Christmas recess, but for some problems that emanated from the Executive in the process of preparing the Appropriation Bill. Those problems, later resolved through collaborative efforts, delayed but did not frustrate timeous passage of the Bill.

Therefore, President Muhammadu Buhari signing the Appropriation Bill 2023 into law on Tuesday 3rd January, 2023, which was the first work day in 2023, is historic. Not just for the National Assembly but for the country at large.

Yet, it is particularly historic for the Ninth Assembly because that is its last Appropriation Bill as its tenure ends in June this year.

It is noteworthy that the virus of late passage of Appropriation Bills year in year out had infected even state Houses of Assembly. But with the action of the Ninth Assembly setting good example at the national level, the trickle down effect has encouraged a turn around in the process in the states too. Many state governments have embraced this new culture at the national level and those that were not doing well before in that regard have taken the new cue from Abuja.We have seeing virtually all state Governors signing Appropriation Bills before the end of the year.

There is yet another innovation that has been entrenched in the country’s financial system by the Ninth Assembly. This has to do with the practice of approving the Finance Bill side by side the Appropriation Bill. The Finance Act provides the support base for an effective implementation of the Appropriation Act through some major reforms in fiscal policies of the government.

The Ninth Assembly has made it a tradition to pass this piece of legislation alongside the Appropriation Bill and this is another legacy that the succeeding Assemblies must sustain. All these feats are made possible by the effective and efficient collaboration between the National Assembly and the Executive arm of government.

Also, through this cordiality, the Ninth National Assembly has accomplished all the items in its Legislative Agenda months ahead of the expiration of its tenure in June. It may also be difficult for some people to believe, but this Assembly has passed more Bills than any other before it.  The Senate President, Ahmad Lawan, noted recently at a public gathering that President Buhari has signed more Bills into law that were passed by this Assembly than any of his predecessors had done under any Assembly.

The tenure of the Ninth Assembly under Ahmad Lawan’s watch has less than six months to run out.

However, its legacy and work rate guide us to expect more accomplishments from it until its last day. 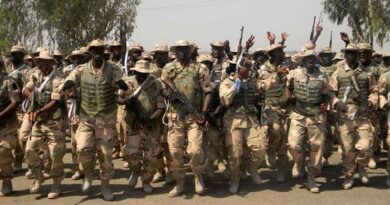 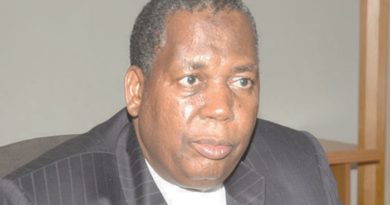 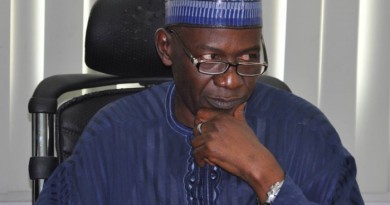