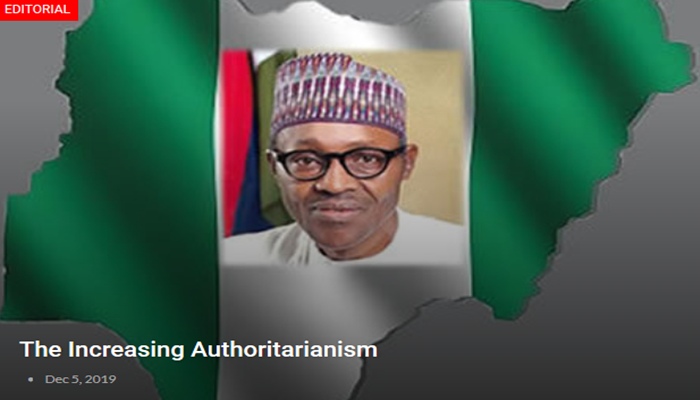 Recently, the global human rights watchdog, Amnesty International, flayed the Muhammadu Buhari-led administration’s disregard for court orders since coming on board in May 2015. According to the body, “Anytime the courts have told Buhari’s government to do something it doesn’t like, it has refused to obey it.” According to the legal adviser to Amnesty International, Dr. Kolawole Olaniyan, President Buhari has shown “stunning disregard for the rule of law and human rights, ignoring Nigerian judges on at least 40 occasions.” The London-based lawyer, who accused the president of treating judges with disdain, said: “It’s hard to overstate the significance of this disregard of court orders, not just for the operation of the rule of law but also effective respect for constitutional and international human rights such as freedom of expression, peaceful assembly, association and access to information. Yet, Buhari is carrying on, irrespective of human rights and the rule of law. Even Buhari’s Attorney-General, Abubakar Malami (SAN), once said the rule of law is what the authorities determine it to be.”

Olaniyan added that the government always had explanations for not obeying lawful court orders, seemingly replacing binding legal decisions with the vagaries of politics, and obeying the decisions only when they suited its purpose. This disdainful arrogance for the courts and the country’s constitutional jurisprudence, he said, was not even normalised during periods of military dictatorship in the country. He said: “The public perception seems to be that the government will only obey court orders if it gets what it wants.  Yet, it should never be right for the government to obey the court as a matter of grace. Buhari has to obey the courts as a matter of necessity. If Nigeria is ever going to comply with its international human rights obligations and commitments, the government has to begin to show respect for Nigerian judges.”

In the same vein, the Nigerian Bar Association (NBA) described the Buhari administration’s penchant for disobeying court orders as legendary. The NBA cited as examples, the continued detention of SaharaReporters publisher, Omoyele Sowore; his co-detainee, Adebayo Bakare; the immediate past National Security Adviser, Sambo Dasuki; leader of the Islamic Movement of Nigeria, Mr. Ibrahim El-Zakzaky, and his wife, despite series of court orders issued for their release. National Publicity Secretary of the NBA, Mr. Kunle Edun, said that the Attorney-General of the Federation and Minister of Justice, Mr. Abubakar Malami (SAN), the country’s chief law officer, ought to be disturbed by the trend. Edun said: “The judiciary remains the only arm of government that can guarantee the rule of law in this country. Court orders are now disobeyed by the Federal Government with impunity. This sends a very dangerous signal to foreign investors and the international community that Nigeria is not a country to be taken seriously; that investors cannot be guaranteed of their investments should disputes arise.”

It is indeed difficult to fault the claims of Amnesty International and the NBA. Time and again, the Buhari administration has demonstrated zero tolerance for the law that it was elected to uphold. That seems to be partly why the security agencies have continued to treat Nigerians like mere serfs while abrogating human rights with joyous abandon, a case in point being the ridiculous statement by the Department of State Service (DSS) that Sowore might be attacked by some persons if it released him as ordered by the courts. The police continue to shoot and kill at will, and not even the military has been neutral during elections.

But to reduce the increasing authoritarianism in the land to the presidency or a political party is to miss the point completely. Truth be told, the regime of autocracy and oppression in the land has to do with the larger political class which continues to ride roughshod over the people. For instance, the Cross River State governor, Ben Ayade, has in recent times been busy prosecuting an activist, Joseph Odok, for terrorism, simply for criticising him and asking him to buckle up. Mr Odok was arrested by the police on September 26 and his ordeal has got progressively worse ever since. Odok’s wife recently appealed to President Buhari to intervene in her husband’s case. In one of his social media posts that apparently rankled Governor Ayade, Odok had said: “Ayade keeps getting it wrong with lofty projects. Why talk of spaghetti flyover when you have not maintained or completed a single road project from your first administration?” In another disturbing case, a journalist, Agba Jalingo, publisher of CrossRiverWatch, an online news outlet, was also detained without charge after reporting on alleged corruption.

More fundamentally, there is widespread impression of unholy alliance between the three arms of government. For instance, the judiciary, if it engaged in deep introspection, would no doubt agree that the bail conditions slammed on the Saharareporters publisher are demonstrably draconian. Why restrict a man who does not live in Abuja to Abuja? Will the Nigerian state pay for his accommodation and feeding? Does Sowore have a house in Abuja? As for the National Assembly, the less said, it seems, the better. A legislative assembly in which the minority party could not even choose its own leaders without alleged interference from the assembly leadership is not one that gives any cause for cheer. Widely perceived as a rubber-stamp, it has given no indication as yet that it wishes to have a mind of its own. The Senate President recently declared, quite unabashedly, that any request by President Buhari would be deemed good for the country. His counterpart in the Green Chamber sees himself as a “foot soldier” of the president. So, when will the presidency, the National Assembly and the judiciary conduct themselves as foot soldiers of the Nigerian constitution and servants of the populace? We are looking forward anxiously to that period. 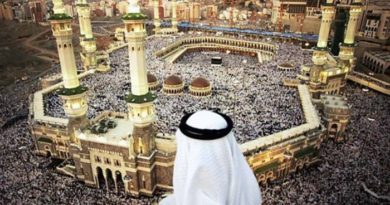 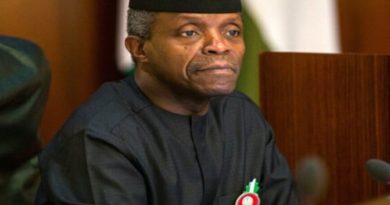 Nigeria is very proud of its arts, entertainment talents -Osinbajo 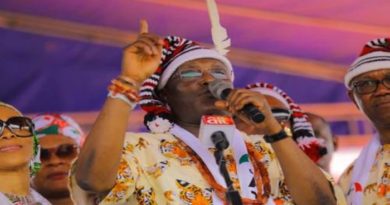