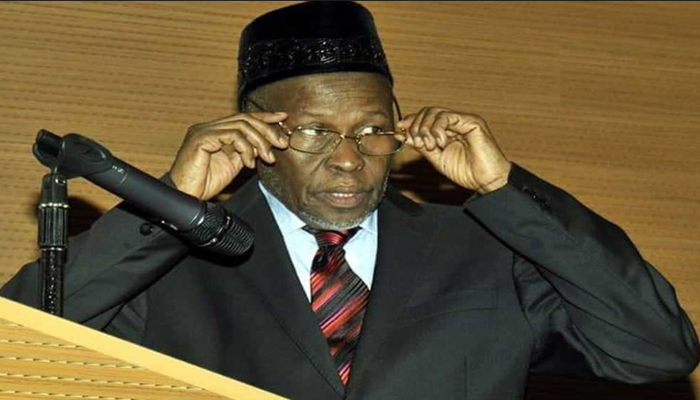 On Tuesday, January 14, 2020, the Supreme Court of Nigeria, in one of the most controversial judgments in Nigerian history, sacked the Governor of Imo State, Rt. Hon. Emeka Ihedioha and declared the candidate of the All Progressives Congress- APC, Senator Hope Uzodimma Governor of the state. The judgment has continued to generate more questions than answers.

Respondents in the petition, including INEC refuted the claim, describing the results, as tendered by the petitioner as fake. The burden of proof was therefore on the petitioner. But, did he prove his case? Is the apex court Judgment just? Was there any Order from above? Is the apex Court partisan? Were there other intervening factors? The list of questions goes on.

The Petitioner, in trying to prove his case called 54 witnesses, 28 of which were polling agents. No Ward collation agent(s) testified. Senator Uzodinma himself testified as Prosecution Witness 11; his state Collation Agent testified as PW51 and a certain police officer testified as PW54.

The results relied on by the petitioners were tendered in bags. PW54, a Deputy Commissioner of Police tendered documents in a pack, which he described as result sheets from 366 polling units. He did not open any of them or refer specifically to any. During cross examination, he admitted that he did not know the figures they contained or the polling units they were gotten from.

All the prosecution witnesses, including PW11 admitted during cross examination that the result sheets were not legible and/or did not contain the scores of all the political parties that participated in the election. The witnesses also admitted that the result sheets did not contain any entry to show the number of ballot papers issued to the respective polling units, number used and those not used. Most of the sheets did not show the names and signatures of the presiding officers and the date of issuance. In some, the dates written on them were before or after March 9, 2019. PW11 also admitted during cross examination that some of the results showed over voting.

The Deputy Commissioner of Police who brought the results had no idea about the contents of the result. He came on Subpoena and said he was asked to bring the results. Even when the legal team of the respondents objected to it, the Court admitted them.

During cross examination, the DCP said he was not the maker and knew nothing about the content and scores. So, he was not able to link the results of the election with the documents he brought. He was shown copies of the documents he brought, but he could not read any score as they were not legible. All of these happened in Court and are recorded.

Is it not a case of dumping of documents in Court, which the same apex court has ruled against severally? The Petitioner himself, Senator Hope Uzodinma, when confronted in Court said he could not see the figures on the same results he tendered? When asked the source of the results, he said they were given to the Police.

Meanwhile, the number declared by the Supreme Court as that of the All Progressives Congress/ Senator Hope Uzodinma is far higher than the total number of registered voters, not to talk of the accredited voters. What about the votes of other political parties? Why were they not taken into consideration?

The entire facts of this case leave one without doubt that, all is not well. What really went wrong? Is this still Nigeria’s Supreme Court, where justice ought to reign?

If, recently, the apex court held that Senator Hope Uzodinma was not a candidate at that election, how did they now summersault to declare same person winner of the election?

The Supreme Court has held severally, including in the case of Alhaji Atiku Abubakar in 2019, that dumping of documents is not permissible in any trial. The same Court will say one thing today and tomorrow, it says another, depending on which suits their interest? Why did they change the panel that was handling the Imo State matter? They even resurrected a man that never sat on any matter for over three years to sit on a Governorship appeal?

The Petitioner brought things and dumped on the court. No witnesses from the booths. He called 28 relevant witnesses, but the same Supreme Court earlier held that one must bring witnesses from all the polling units. The Petitioner was therefore required to bring 388 witnesses from the 388 polling units. Who then explained what is in the results? What was the evidence the Supreme Court relied on? What were the figures from the 388 booths that the apex court summed up, considering the fact that most of them were not legible? What are the figures? In fact, many of the Uzodinma’s result sheets were blank.

The people that brought the results themselves said they did not know what was inside. Please, how did the Supreme Court arrive at the figures with which they declared the APC candidate winner?

I have seen a Certified True Copy of the said results. I have interrogated some of them. Number 69 on the sheet is Eziama/Okpala Umuogba village square, in Ngor Okpala village square- boot 008. The total number of registered voters is 492, while Uzodinma’s result, as declared by the Supreme Court is 819. How can a candidate’s votes be higher than the number of registered voters?

Also, many of the locations recorded as INEC polling units in the results are fake. For instance, in Nwangele Local Government Area, a ‘polling unit’ identified as Umuanu Community Secondary School, Umuanu 11 does not exist. What sort of a scam is this?

In addition, Uzodinma’s table of results from the 388 polling units has no scores for other political parties such as the Action Alliance, which came second at the polls; former Governor Ikedi Ohakim’s Accord Party; the All Progressives Grand Alliance, among others. So, the other political parties, numbering about 68 that contested the same election never got any votes, even from their accredited agents?

Yet, the APC did not win any single seat at the State House of Assembly, even as the elections were conducted on the same day and at the same time?

By the way, while majority of the result sheets presented by Uzodinma, which the apex Court relied on were not legible and the scores could not be read, even by Senator Uzodinma himself, a few legible ones show clearly that the number of votes awarded to the APC are far higher than the total number of registered voters in the polling units; not even accredited voters?

Even in the case of Bauchi and Sokoto States, the apex court refused to award scores to the petitioner in the matter. One of the grounds is that the petitioner did not produce witnesses from each of the polling units to defend the results. What then happened in the case of Imo State? Can our apex Court be speaking from the both sides of their mouth?

The Supreme Court computation of votes and accreditation is strange. One of the documents submitted by the Independent National Electoral Commission- INEC to the Tribunal is Form EC8D. The CTC of FORM EC8D shows that: The total number of accredited voters at the election was 823,743. Total votes cast during the election was 739,435, while total rejected votes was 25,130. Total valid votes cast at the election for all the parties was 714,355.

This is far above the accredited voters clearly shown in the FORM EC8D before the Tribunal as 823,743. So, a whopping 129,340 votes cannot be accounted for by the Supreme Court decision.

The fundamental question is: how can the Supreme Court declare more votes than accredited voters? This raises an impracticable and unreasonable situation.

This Imo State judgment appears like a script written elsewhere and dumped on the apex Court to deliver. This is not the Supreme Court I used to know. What has gone wrong?

The international community must take steps to impose sanctions on everyone that has a hand in this day-light robbery in my dear State- Imo. There is no armed robbery worse than this.

Nigeria’s apex court must take urgent steps to quickly reverse itself before Nigerians resort to self-help in attending to their problems. Lawlessness is a possible consequence of this injustice.

There is an opportunity to save the face of the Supreme Court and the judiciary at large. The evidence is overwhelming. Take advantage of it and stylishly do the needful.

Ultimately, this judgment must find space in the Guinness Book of Records.

Dr. Walter Duru  is a Communications Expert and Executive Director of Media Initiative against Injustice, Violence and Corruption. He can be reached on: walterchike@gmail.com. 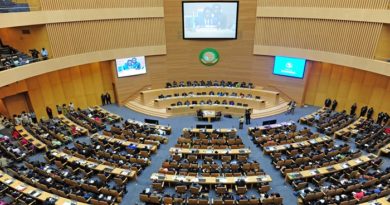 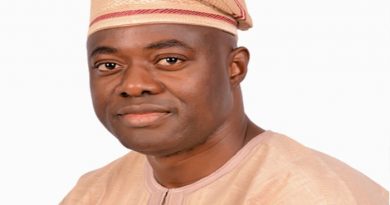