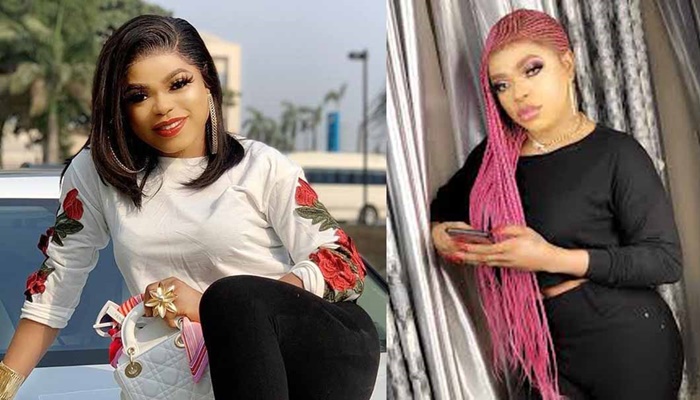 To a large extent, almost all religions in the world – be it Christianity, Islam, Syncretism, Animism, Buddhism or Hinduism, name it – there is the concord about the fact that God created mankind as Male and Female for a purpose.
Truth, however, is that by nature, man is rebellious; and this predates the present age. Any wonder then that people have been reinventing themselves in this present age contrary to the way they were originally made?
That explains why today, a man wants to become a woman and a woman wants to become a man with all the accompanying features. Interesting, with technology, it is being done, even though at prohibitive costs; and with damning effects. There are those who, although they have transited emotionally, physiologically and psychologically, have, however, only chosen to remain as they are physically.
All of these, I must say, have a root in the Western World with their community known as LGBT, meaning Lesbian, Gay, Bisexual and Transgender. Their membership is large and ever growing across the globe. They are everywhere; even in your neighborhood if you care to know. Out of them, you have deviants, sexual inverts and perverts now all over the place.
In Nigeria before now, sexual inversion and perversion were not practices known to an average man on the street, particularly in some parts of the country. These are practices believed to have been in existence in the north as lesbianism is known as Madigo while gay/homosexual is called Dan Daudu in Hausa language. Yoruba have no given name for these sexual acts probably because they’re alien to them; and I don’t think Igbo too have.
Unfortunately today, our moral high ground is crumbling and sinking fast. Just like the Marlian Movement engineered by Azeez Fasola popularly called Naira Marley, the Asopoloyi crooner, which is currently generating negative ripples in the society,”Bobriskyism,” is another movement which appears to be gaining grounds.
Idris Okuneye, aka Bobrisky, a popular crossdresser, needs little or no introduction. He is a man that has embarked on the voyage of transgender in a bid to become a woman. Always gaily dressed now like a lady, he claimed to have carried out 21 surgeries last year alone; and has started “menstruating”. Bobrisky has even touted the idea of getting married this year. Willingly or unwillingly, he has notoriously become popular, as heads “turn” and tongues wag, wherever he goes now .
The effeminate Idris.Okuneye (Bobrisky), like others with him in this business, actively engages the use of the social media in order to crowbar themselves into the consciousness of the people, willy-nilly.
Bobrisky’s proteges are beginning to show face. Already, one Jay Boogie is making waves in Port Hacourt while James Brown popularly called Princess is equally grandstanding in his “world”.
Remember Denrele Edun who was neither here nor there?
These ungodly practices now brazenly being flaunted are alien to our culture and known to be an exclusive preserve of the Western World where the likes of Prince (Rogers Nelson), the American musician, held sway before his death in 2016.
Just recently, Mickailia Ila Adu, the beautiful daughter of the Nigerian-British Singer, Sade Adu, changed totally from a woman to a man accompanied with all the trailing masculine features. His new name is Izaak; she/he is the only product of the union between Sade Adu and the Jamaican-American, Bob Morgan.
So Bobrisky and his cohorts, have allies in these foreign groups. Don’t be deceived, Bobrisky and the gang are heavily patronised by those in government and others in high places . Remember how Bobrisky upbraided the DG, National Council for Arts and Culture, Olusegun Runsewe, when they had face-off over the former’s botched (alleged) N19m birthday bash, sometime last year? Tongue-lashing Runsewe, Bobrisky vaunted, “I roll with your bosses in Abuja so keep shut. Truly, the DG did not only tactically back off, but also kept his mouth shut”.
Gradually, these deviants are becoming increasingly entrenched and the society seems not to be concerned. Morbidly, sexual perverts have developed misandry, misogyny and misogamy. The society is thickly populated by the Straights, otherwise called the Heterosexual as well as the Pansexual. This explains why while fetishism has now become the order of the day; voyeurism abounds especially with the advent of the social media.
Those engaged in any form of perversion like Bobrisky and his group, are oddballs. This is because these acts are a kind of hiatus from natural norms and contumacy to nature. Readily here, Sigmund Freud Psychosexual Analysis comes to the mind.
In Nigeria today, these deviants or sexual perverts dictate the pace and give directions to most foreign sponsored NGOs. These NGOs, especially those dealing with HIV related cases, are mostly populated by Men who Sex Men (MSM) and Female Sexual Workers (FSW). In the NGOs parlance, they are referred to as the “Key Population”. They are rich and influential in the society. Between 2017-2019, they had a grant of $1.2b which was expected to have been exhausted within the time frame.
Their circle has grown like a behemoth which does not exempt the House of God. Against all odds, in 2003, Church of Hemisphere formally ordained a known homosexual, Canon Gene Robinson as a bishop in the presence of other 54 Bishops.
One of the reasons I like Donald Trump, the American President,is that while campaigning to be president, he never pretended or kept quiet like many typical politicians would do. He vitriolically condemned the LGTB Community in America, despite the largeness of their voting strength, describing their acts as ungodly.
In 2015, the Western World wanted to coerce the former President, Dr. Goodluck Jonathan into signing the gay bill into law which he refused. Unfortunately, many nations are into it and Nigeria seems to be getting entangled in the bug; with the likes of Bobrisky leading the way with their backers at the background.
It behoves all parents to look inward as a means of containing this menace before I it becomes an uncontrollable malignancy. 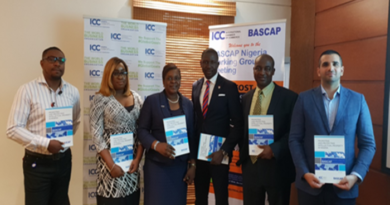 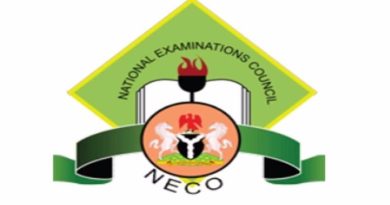