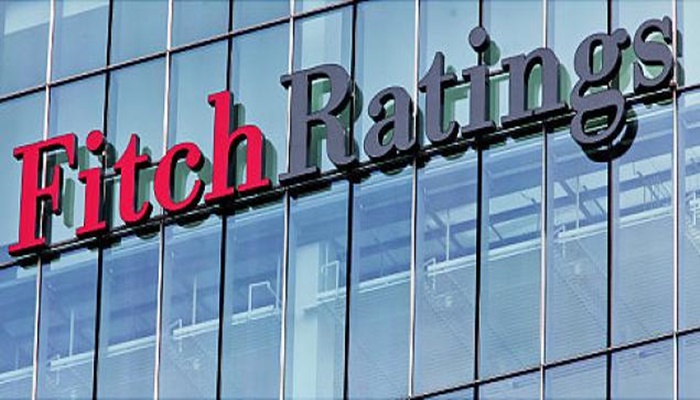 The commercial lenders were downgraded because their standalone credit profiles are constrained by the sovereign rating due to their high sovereign exposure relative to capital and the concentration of their operations in Nigeria.

In a statement on Monday, Fitch said the rating actions follow the downgrade of Nigeria’s Long-Term IDRs to ‘B-‘ from ‘B’ on November 11, 2022.

“The downgrades of the IDRs of the six largest commercial banks and two BHCs are driven by the downgrade of their Viability Ratings (VRs) to ‘b-‘ from ‘b’, which reflects our view that the issuers’ standalone credit profiles are closely linked to that of the sovereign,” Fitch said in the statement.

The ratings agency said the downgrade of Bank of Industry Limited (BOI; a policy bank) is driven by the downgrade of its Government Support Rating (GSR) to ‘b-‘ from ‘b’, which reflects the authorities’ weakened ability to provide support.

“The issuers’ National Ratings are unaffected by the rating actions and may be reviewed if our National Rating equivalency analysis results in different relative creditworthiness across Nigerian issuers.”

BOI’s Long-Term IDR is driven by a limited probability of government support, as expressed by its Government Support Rating (GSR) of ‘b-‘. As is common for policy banks, BOI is not assigned a VR. This reflects Fitch’s view that BOI’s business model is dependent on government support and could not be carried out on a commercial basis.

“The downgrades of the VRs of the six largest Nigerian commercial banks and two BHCs to ‘b-‘ from ‘b’ reflect Fitch’s view that their standalone credit profiles are constrained by the sovereign rating due to their high sovereign exposure relative to capital and the concentration of their operations in Nigeria.

“The VRs of Zenith Bank, UBA, GTCO and GTB are one notch below their ‘b’ implied VRs, reflecting the operating environment/sovereign rating constraint.

“The VRs of Access Bank, FBNH, FBN and Fidelity Bank are in line with their implied ‘b-‘ VRs.

It said sovereign exposure is primarily through holdings of Nigerian sovereign securities and cash reserves at the Central Bank of Nigeria (CBN), which combined are estimated to have represented between 236 percent and 529 percent of Fitch Core Capital (FCC) at end-2021 (the last date at which full disclosures are available; large changes in exposure since then are unlikely, in Fitch’s view).

Sovereign securities exposure is mainly naira-denominated, with the banks having only small exposure to Federal Government of Nigeria (FGN) Eurobonds.

Cash reserves at the CBN are largely restricted due to a high cash reserve requirement, set at 32.5 percent of naira deposits, aimed at controlling naira liquidity and preserving exchange rate stability. Sovereign exposure is furthered by moderate public sector lending.

“The Nigerian operating environment has weakened in 2022. Fitch forecasts real GDP growth of 3.0 percent in 2022 and 3.1 percent in 2023. “However, we expect higher inflation, which reached a 17-year high of 20.8 percent in October 2022, rising interest rates and acute US dollar shortages stemming from Nigeria’s declining FX earnings and reduced capital inflows to create more challenging operating conditions for banks over the next 12-18 months.

“The commercial banks are experiencing difficulties in accessing US dollars on behalf of customers in respect of trade finance obligations but continue to maintain satisfactory FX liquidity buffers.

“Shortages in the official FX market have caused the naira to depreciate sharply on the parallel market to about N800/USD on November 17, therefore trading at a large discount to the official rate of N443/USD, raising the possibility of a material devaluation of the official rate.

“Fitch believes that the banks would be fairly resilient to a such a devaluation due to their net long foreign-currency (FC) positions, small FC-denominated risk-weighted assets and tighter US dollar lending standards in recent years,” the agency stated.

However, it said a sharp devaluation combined with moderate losses on holdings of Nigerian and Ghanaian sovereign debt (all commercial banks except Fidelity Bank have material exposure to the latter) could put significant pressure on capital ratios.

The downgrade of BOI’s GSR to ‘b-‘ from ‘b’ reflects the authorities’ weaker ability to provide support, if required, as indicated by the sovereign downgrade.

Fitch believes that the authorities have a high propensity to support BOI given its important and unique policy role, 99.9 percent state ownership and significant state funding guarantees. Fitch believes that the link between the sovereign and BOI is strong, as demonstrated by the size of CBN and FGN guarantees provided for BOI’s external funding.

However, the authorities’ ability to provide support is limited, as indicated by Nigeria’s ‘B-‘ Long-Term IDR. 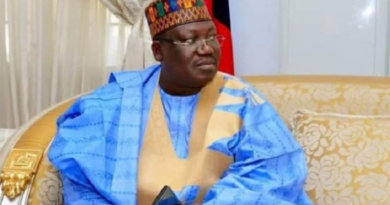 Work with N’Assembly to advance the cause of women, Lawan tasks Women Affairs ministry 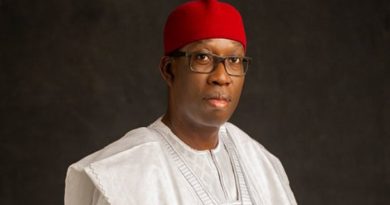 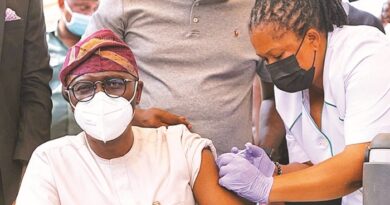